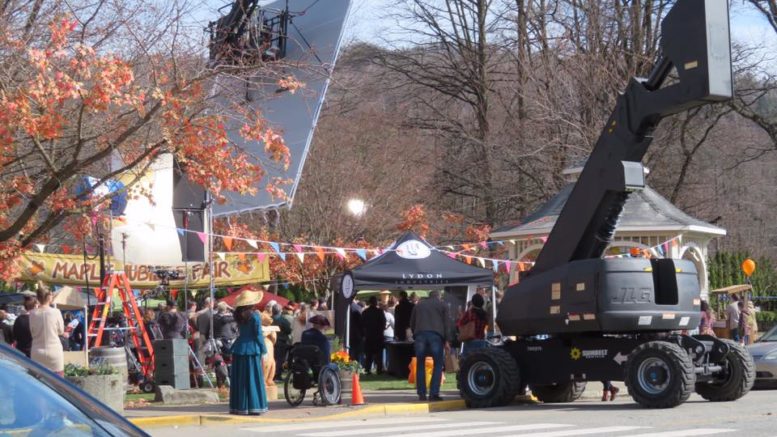 Chilliwack/Agassiz – The Chilliwack Museum and Archives on Spadina Avenue (commonly known as the old City Hall) as well as Pioneer Avenue in Agassiz, are being used as a set for a TV pilot called “The Republic of Sarah” with Marc Webb Directing.

More information can be found at Creative BC.

From Stephen Mullock‎ / Agassiz Harrison in Pictures On Facebook:

Agassiz gets a do over for filming Republic of Sarah, a 12 part CBS TV pilot. I kinda like it. It will be literally Agassiz Harrison in Pictures.

Written by Jeffrey Paul King and directed by Marc Webb, The Republic of Sarah is said to have a Northern Exposure feel. It centers on a small New Hampshire town that is thrust onto the world stage when the discovery of a valuable resource within its borders compels the residents to declare themselves an independent nation, thus setting the unlikely young mayor, Sarah Cooper (Drew) and her Cabinet of inexperienced locals on the path of running a brand-new country.

That will mean closure of the Museum for filming on Monday March 25. Filming in Agassiz will be on both Monday and Tuesday March 25 & 26. There will be parking restrictions for both locations.

Air Dates Of Hallmark Movies Shot In The Fraser Valley

Be the first to comment on "TV Pilot Filming Continues At Chilliwack Museum, Pioneer Avenue In Agassiz, Monday and Tuesday March 25 & 26"