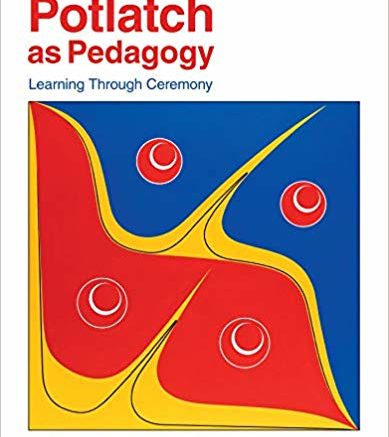 Chilliwack – As a very young man in the 1960s, Haida artist Robert Davidson returned home and became the first person to raise a totem pole in Haida Gwaii in nearly 100 years.

Potlatch and Pedagogy, a new book that his daughter, UFV education professor Sara Davidson, wrote in collaboration with him, grew out of their life experiences and reflections on the re-emergence of culture and protocol for the Haida over the last 50 years.

Both of the Davidsons will be on hand at the Aboriginal Gathering Place on UFV’s Chilliwack campus on Thurs, March 14, at 5 pm for a book celebration. Admission is free and the public is welcome. Please RSVP to suki.grewal@ufv.ca.

The book is available through Amazon and that link is here.

When she was teaching Indigenous students early in her career, she felt unable to fully meet their needs. She wanted to help them complete their education, and to find ways to make it relevant to them.

So she looked to her father.

He had travelled from his home in Haida Gwaii as a teenager in the early 1960s to complete secondary school in Vancouver.

“I talked to my father about what led him to want to complete his education, and asked about his learning experiences,” says Davidson.

When the senior Davidson started to re-engage with his culture, he came to learn that there was ceremony and protocol connected to the act of raising a pole. He also attended the meetings where the Elders worked to piece together their ancestral and ceremonial knowledge.

“He used feasts and potlatches as a way to share his learning,” she notes.

Davidson relied heavily on conversations and collaboration with her father when she was working on a paper as part of her PhD, which focused on Indigenous knowledge and pedagogies.