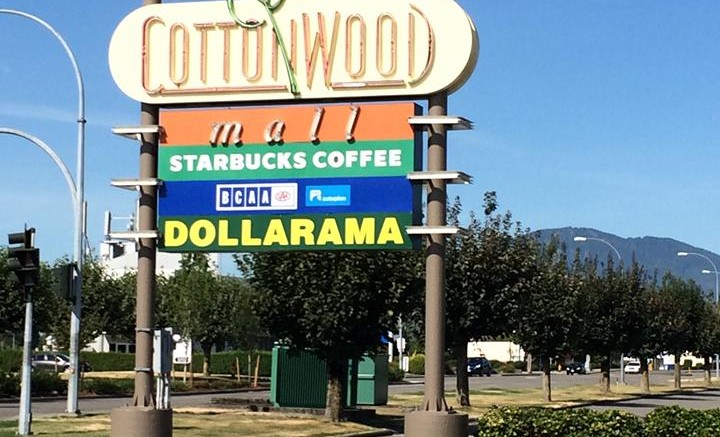 “PCI Developments is excited about the opportunity to invest in Chilliwack, one of B.C.’s fastest growing cities and economies,” said Jarvis Rouillard, PCI’s Vice President Acquisitions and Leasing. “We are a Vancouver-based company with strong roots in retail, and with our purchase, we look forward to offering Cottonwood Mall local ownership and management, as well as building relationships with current tenants, attracting new tenants, and enriching the retail experience for the community.”

Cottonwood Mall has 71 stores that are a mix of well-known national brands and independent stores. The existing anchor tenant is London Drugs, with a former Target store remaining empty.
PCI confirmed Save-On-Foods as an anchor tenant who will occupy 38,000 square feet on the south side of the former Target site.

There is no word if a tenant has been found to replace the now defunct Sears.

PCI will break ground on the Save-On-Foods store this summer with completion targeted for later next year. Simultaneously, the company plans to build a 6,000-square-foot pad in the south parking lot to accommodate two additional tenants, plus complete new leases for retail units both within the mall and on the north side of the existing Target structure.

The mall is 259,560 square feet and sits on approximately 22 acres just off the Trans-Canada Highway. Other tenants include Dollarama, TD Bank, Starbucks, Vancity, BCAA, Earl’s Restaurant, and Kin’s Farm Market.
The mall will be managed by Warrington PCI Management.