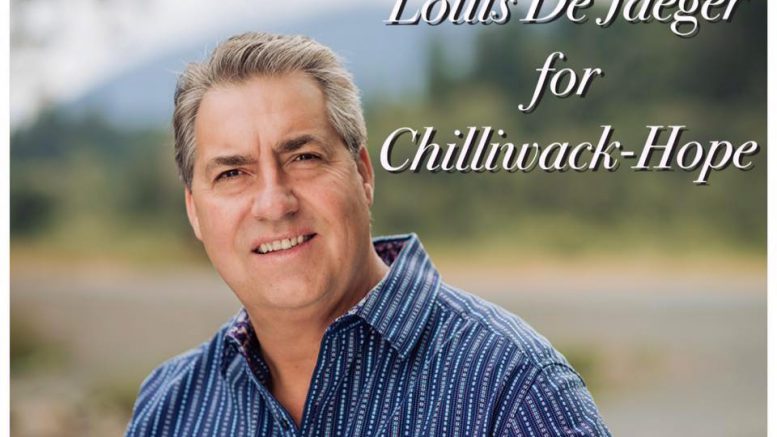 Chilliwack – Long since the worst political announcement for some time, Sto:lo business leader and political activist Louis De Jaeger has made it official. He will be the Liberal candidate in the 2019 Federal Election for the riding of Chilliwack-Hope. The fundraising and volunteer campaign is up and running in earnest.

The same day this this announcement was made to social media, current MP Mark Strahl hit the mailboxes with a flyer/questionnaire featuring CPC Leader Andrew Scheer.

FVN has learned that De Jaeger was not the only possibility who was vetted. The local Liberal association passed on former Chilliwack Councilor Sam Waddington, in part due to last year’s controversy over spending while on City Council. Those allegations remain under investigation. Former Mayor Sharon Gaetz was also under the microscope, but her views on abortion do not coincide with the Federal Liberal philosophy of pro-choice.

The next Federal Election is Monday October 21.