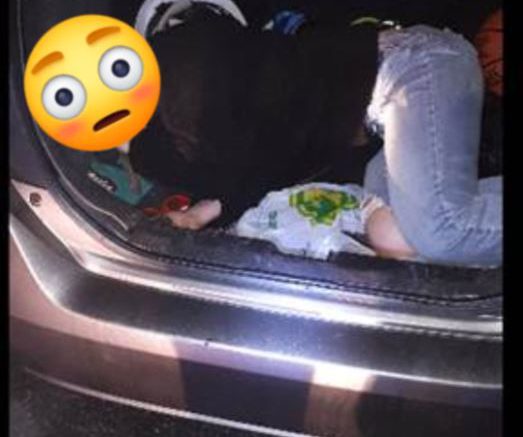 No this wasn’t from a kidnapping, it was due to lack of space in the vehicle.

APD’s Sgt. Judy Bird says the officer was told they didn’t have enough room in the front of the vehicle, so they decided to get the seventh person ride in the trunk.

Prank or no prank, the four- or five-seat vehicle had six passengers in the cab with two in the front seats, and four in the back.

So logic states, the seventh person would have room, laying in the trunk. For the record , all of them were in their twenties and it is still not known if alcohol was involved.

NOTE: carrying more passengers than there are seat belts, or seats, comes with a $311 fine under the Motor Vehicle Act. That’s exactly what the driver of the vehicle was fined.

Sgt Bird went on to state: The trunk is a dangerous places to be in a collision as they are designed to collapse on impact to protect passengers. Please do NOT do this.

No mischief charges were laid.

..and yes, we all thought of the Tragically Hip song, “Locked In The Truck Of A Car”.