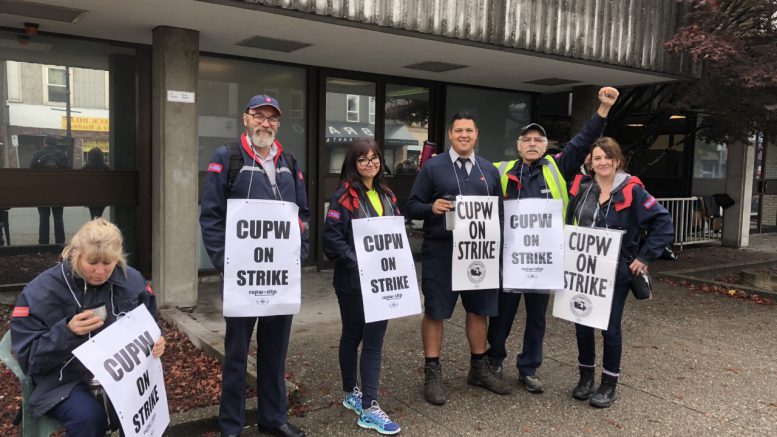 Toronto/Ottawa/Fraser Valley – The arbitration process continues between Canada Post and its unionized workers in CUPW – Canadian Union Of Postal Workers.

Last November , CUPW issued a request for the federal government to appoint a mediator in its contract talks with Canada Post.

CUPW’s key demands for postal workers are job security, an end to forced overtime and overburdening, better health and safety measures, service expansion and equality for RSMC’s (Rural and Suburban Mail Carrier) . The concern there is they are not paid the same as regular full time employees.

On Tuesday, CUPW released an update:

The first two days of hearings, in front of Arbitrator MacPherson, are now complete. Much of the time was spent clarifying the “matters” that are still in dispute and will be argued during the arbitration. After hearing the submissions from the CUPW and Canada Post counsels, the arbitrator made her ruling on the matters that are in dispute.

The parties agreed that a traditional interest arbitration was the preferred method and the arbitrator agreed. The case will continue as an interest arbitration with witnesses and evidence.  There will be no final offer selection. There were other submissions made by the parties related to process and the arbitrator will issue her decision on these process issues on January 28, 2019.

The next hearing dates will be on February 12, 19 and 21, 2019. This is when the parties will start to present their evidence on the various matters in dispute, some of which are very complex. The Corporation is making this process more difficult by refusing to provide the details of its position on the matters in dispute, until the last possible moment, in spite of continuously saying that they do not want an adversarial process.