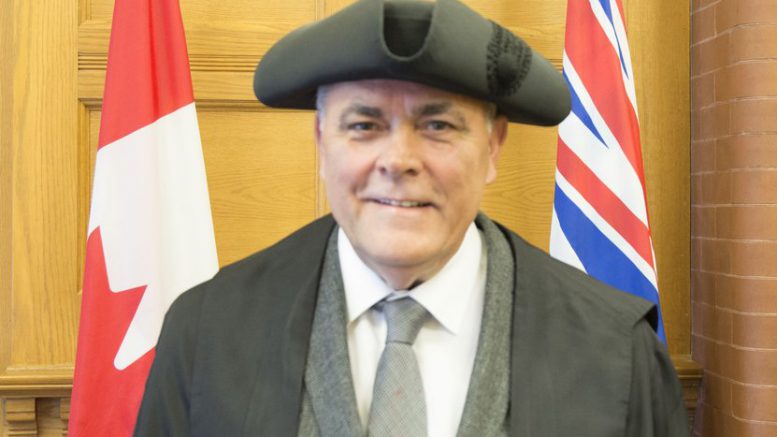 Abbotsford/Langley/Victoria – The Facebook page, BCrecall2018 , has started a push to have the BC Provincial Speaker of the House, Abbotsford South MLA Darryl Plecas, recalled.

Organizer Robin Roy stated that his group is for real and want this to move forward. The link to the Facebook page is here.

Roy also operates a Langley/Abbotsford IT company, Your Computer Tech.

NOTE – Under the BC recall law, voters can remove an MLA from office if they can collect signatures from at least 40 per cent of eligible voters in that particular MLA’s riding.

The time frame to do this is 60 days.

Roy noted: “Constituents in Abbotsford South don’t like how Plecas ran as a BC Liberal then defected to become Speaker of the Legislature, supporting a minority government. He has betrayed his party. He’s betrayed his constituents. He’s done things that were very underhanded”

Roy also told FVN that “what would be honorable is that Darryl admit he made a mistake and step down. He should realize that his position in this situation is unacceptable to local (Abbotsford) constituents. They did not elect him to resign to become speaker, therefore not representing his riding.”

Plecas has been embroiled in a controversy surrounding the removed of the Legislature’s clerk and sergeant-at-arms under his watch. Both have ties to the MLA and there have been concerns about financial improprieties.

Creating Jobs For People With Disabilities, Increasing Accessibility In B.C.