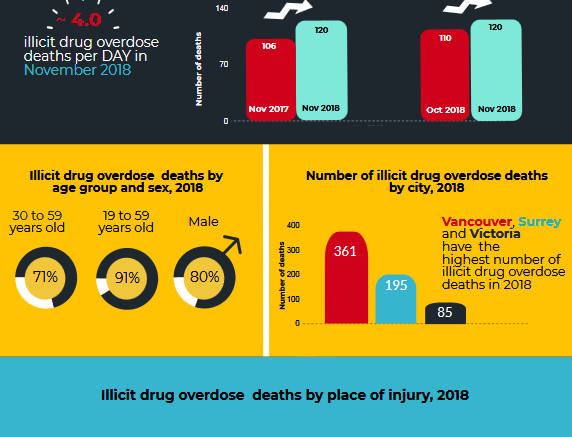 Fraser Valley/Vancouver — In the recent report from the BC Coroner on illicit drug overdose deaths, the numbers have remained consistent.

Preliminary data suggests that the proportion of illicit drug overdose deaths for which illicit fentanyl was detected (alone or in combination with other drugs)was approximately 82% in 2017and 85% in 2018(data up to September 30, 2018).