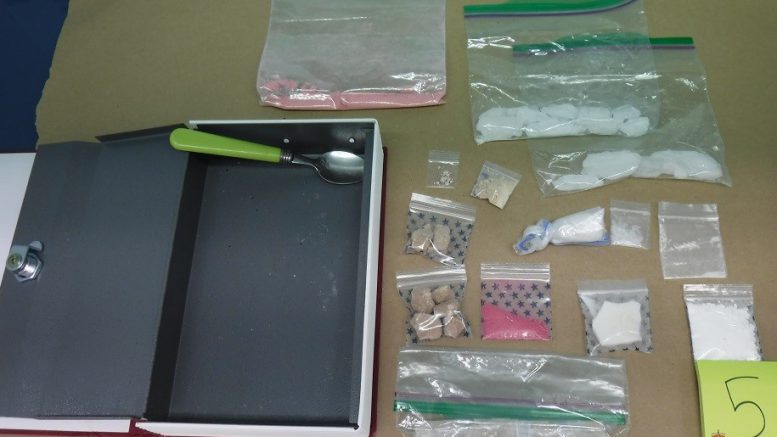 Chilliwack  – Two people were arrested -drugs and cash were seized- during an RCMP investigation into a street level drug trafficking operation.
On the morning of October 18, RCMP Crime Reduction Officers (CRU) observed an alleged drug transaction involving a 50-year-old man in the downtown area of the city. Officers conducted their investigation at a residence in the 9100-block of Charles Street.
The man was taken into custody outside of the residence by the plain clothes unit. Evidence seized by officers during the arrest linked the suspect to alleged drug trafficking, led to the arrest of a second individual, and a search of the residence by police later that afternoon.
At approximately 4:00 p.m., Chilliwack CRU supported by the Chilliwack Prolific Offender Suppression Team (POST) executed a Controlled Drug and Substance Act (CDSA) search warrant at the residence. Drugs alleged to be methamphetamine, fentanyl, cocaine, heroin, along with cash, drug trafficking paraphernalia, and a BB gun, were seized by police.
Corey Richard Emery, 31, of Chilliwack is charged with 4 counts of possession of a controlled substance for the purpose of trafficking. Mr. Emery remains in custody pending a court date in early November.
RCMP investigators will be submitting all circumstances of the investigation into the activity of the 50-year-old man to the BC Prosecution Service for their assessment of CDSA charges.
Should you see anything suspicious in nature,  contact the Chilliwack RCMP at 604-792-4611 or, should you wish to remain anonymous, call Crime Stoppers at 1-800-222-8477 (TIPS).
Photos Courtesy RCMP 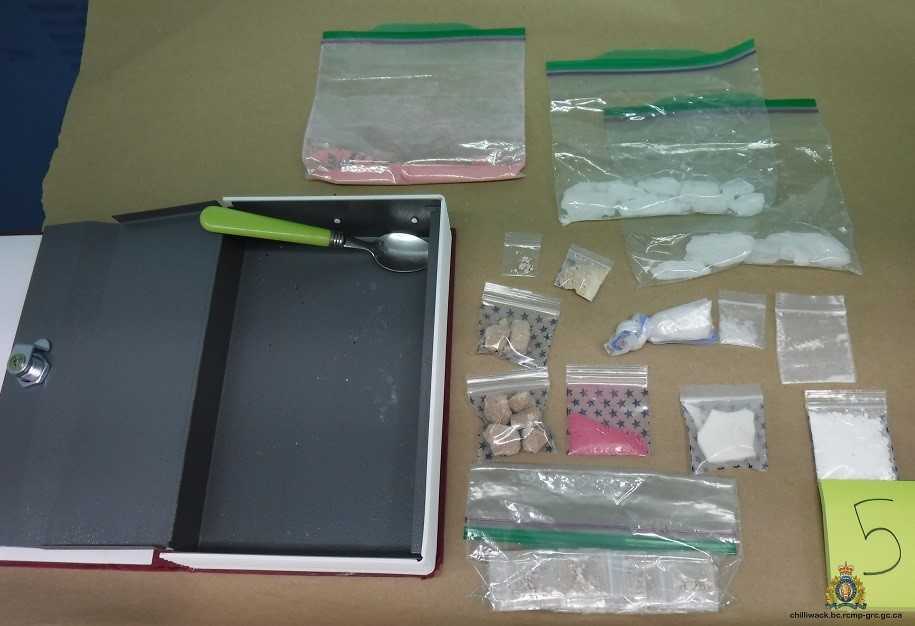 One Man In-Custody After Police Pursuit On Highway 1, Chilliwack To Langley