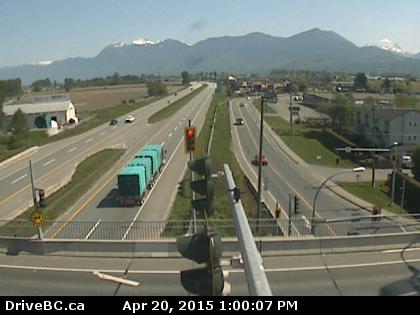 Frsaer Valley – Don’t expect the expansion of Highway One to six lanes in the Fraser Valley anytime soon.

It’s all about politics and the wrong party is in power.

And even though there are one-third of a million people in the Valley, we are not Metro Vancouver. We are not vote worthy. We are not a priority.

Someone might want to remind Victoria that with 320,000 people, let’s say for argument sake, half of those are true voters.

Does the Horgan/Weaver NDP/Green coalition want to impress voters? (MLA John Marin and Chilliwack Mayor Sharon Gaetz views are below the FVN commentary)

Start with working on improving Highway One and, now that Surrey has their LRT…expand that idea to Abbotsford, if not all the way to Chilliwack.

Share your concerns about Highway 1 with your Minister of Transportation & Infrastructure: Claire TrevenaYou can contact her via phone, mail or email. Info below.RE: We Need Six Lanes on Highway 1 in the Fraser Valley! Claire Trevena Minister of Transportation and InfrastructurePhone:250-387-1978Email:Minister.Transportation@gov.bc.ca Mail:PO Box 9055Victoria BCV8W9E2CANADAPhoto Credit for Thumbnail Pic to Darren McDonaldVideo Credit of Labor Day Stand still to Jason Lum

Just finished an interview with Global TV on the need for highway one to be widened. #traffic #bumpertobumper#weneeditnow pic.twitter.com/XVkbRFugVn