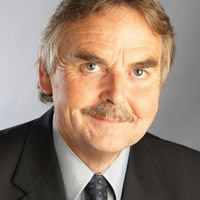 Victoria/Fraser Valley – Fourteen exceptional civic leaders will be appointed to the Order of British Columbia, the Province’s highest form of recognition.

This year, 203 British Columbians were nominated for the order. More than half of the nominations came from the Lower Mainland, with the remaining coming from other regions throughout the province. Since its inception, 432 British Columbians have been appointed to the order from all regions of the province, and in numbers generally proportionate to a region’s population.

Deborah Abbey is an author, media spokesperson and champion for responsible and sustainable investing. Through her leadership of the Responsible Investment Association, she has inspired some of the largest financial institutions in Canada to integrate environmental, social and corporate governance factors into the selection and management of their investments, providing superior risk-adjusted returns and positive societal impact.

David Anderson is a federal and provincial politician, who has worked to safeguard coastal waters and wetland areas from environmental pollution in his capacity as an elected official and in many roles on special committees and panels.

Brian Fehr is the founder of a billion-dollar group of companies — BID Group — that provides innovative technical systems and construction services for wood products industries in B.C., across Canada and into the United States. His work supports many of B.C.’s rural economies.

Anne Giardini is chancellor of Simon Fraser University and a celebrated B.C. business leader, board director, lawyer, community advocate and internationally published writer. She had a distinguished career with the Canadian subsidiary of one of the world’s largest international forest products companies, Weyerhaeuser.

Originally of the St’uxwtews First Nation (Bonaparte Band) in the Thompson Okanagan, Tracey Herbert has served in the public service for more than 30 years in the areas of health education, employment, community development and strategic planning. For the past 16 years, she has been instrumental in First Nations language preservation and revitalization in B.C., and led the development of an award-winning exhibit on Indigenous languages of B.C., showing the critical level of endangerment of B.C.’s First Nations’ languages.

Andrew Joe is Canada’s first Chinese-Canadian lawyer, who has played pivotal roles in fighting against injustice and racism, especially toward Chinese Canadians, and helped save cultural traditions and the community.

Grand Chief Percy Joe is a hereditary and elected chief of the Scw’exmx, serving his nation for 47 years until his recent retirement. He is one of the founders of the Nicola Valley Institute of Technology — one of only two schools of its kind in the country governed by Indigenous peoples. A champion of rights and title, he created unique reconciliation partnerships and approaches grounded in traditional knowledge and Indigenous wisdom and governance.

Mary Kitagawa is an educator and human rights crusader who facilitated a shift in public consciousness by bringing the realities of the Japanese Canadian internment experience to the public through her media interviews and tireless educating, speaking and lobbying of government organizations.

Brenda Martens is a leading sustainability advocate and early adopter of green building practices, who helped transform how buildings are designed and constructed, and helped make over 185,000 square metres (2,000,000 square feet) of built space in B.C. greener, saving water and energy and providing better places for British Columbians to live, work and play.

George Melville is chairman and owner of Melville Global Investments Inc., a diversified investment portfolio that includes ownership in Mr. Lube, Naramata Benchland Properties and the SKOOKUM Festival at Stanley Park. He has donated many millions of dollars to charities and provincial organizations, and contributes his leadership skills to many institutions. He also co-founded and previously owned the T&M Group, which included Boston Pizza International Inc., and is now the largest owner of trust units in the Boston Pizza Royalties Income Fund. Melville has been honoured with the Canadian Franchise Association’s Lifetime Achievement Award, recognized as Entrepreneur of the Year, and has been inducted into the Business Laureates of B.C. Hall of Fame as well as the B.C. Restaurants Hall of Fame.

Bill Millerd has devoted more than four decades to nurturing the growth of professional theatre in British Columbia. Under his leadership, the Arts Club Theatre Company is now the third-largest theatre company in Canada and operates out of the newly built BMO Theatre Centre in the former Olympic Village district.

Brian Minter is an award-winning horticulturalist and entrepreneur, who has provided inspiration to British Columbians about what is possible in the field of horticulture through the family’s innovative garden centre, the acclaimed 13-hectare (32-acre) Minter Garden, in addition to books, garden columns and regular television and radio appearances.

Carey Newman is an Indigenous artist, master carver, singer, volunteer and well-known speaker about the spirit of reconciliation. He created the Witness Blanket, a powerful monument to the impact of the residential school era and the healing journey of First Nations.

The Order of British Columbia investiture ceremony will be held for recipients and invited guests at Government House in Victoria on Sept. 20, 2018. It will be webcast live here: http://www.orderofbc.gov.bc.ca

Be the first to comment on "Brian Minter, Percy Joe Among 14 Appointed To The Order Of British Columbia"