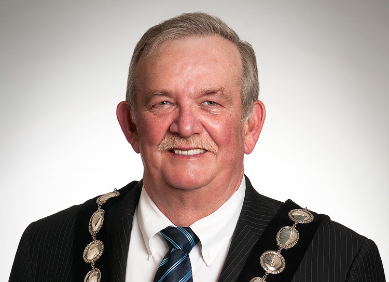 Fraser Valley/Burnaby – Chilliwack/Eastern Fraser Valley Realtor Hanne Selby is wondering aloud if communities in the Fraser Valley will follow the lead of Burnaby. That city is under the obvious housing crunch that is forcing residents to leave through high rents, home prices, demovictions etc.

In a Facebook post, Hanne Selby, a Governor of the Real Estate Foundation of BC and Past President Chilliwack Real Estate Board noted: 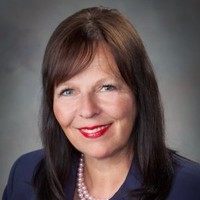 Changes coming to address lack of rentals , focusing on developers: Burnaby will be there first city taking this on :

The City of Burnaby says it will be the first in British Columbia to take advantage of the province’s new rental zoning laws.
The city says in a news release that it will begin implementation of a rental zoning bylaw aimed at maintaining rental stock at affordable rates.
On Monday, Burnaby council passed a motion asking city staff to implement the bylaw requiring developers to replace all rental suites if an apartment is renovated or rebuilt.
The bylaw requires the replacement units to be in the same neighbourhood, rented at affordable rates and be made available to current tenants.
Legislation passed in May by the provincial government allows municipalities to zone undeveloped property for rental housing and set out a specific number of rental units in a development.
Burnaby Mayor Derek Corrigan says the city has been calling for municipal authority over rental zoning for almost 30 years.
“We were optimistic when the new legislation came in about six weeks ago that allows us the tools to require older market rental buildings be replaced as part of any redevelopment,” he says.
In the past, Corrigan says cities could only attempt to negotiate density in exchange for small numbers of rental suites, but the new legislation gives municipalities the authority to require replacement of rental suites.

The major question would be, would other communities, especially in the Valley follow suit.

Selby told FVN that sustainability and affordability are key for these rules to work in today’s economy.

The full media release from the City of Burnaby:

The City of Burnaby will be the first in the province to take advantage of the new rental zoning law by implementing a Burnaby Rental Zoning Bylaw aimed at maintaining rental stock at affordable costs. Beginning in the 1990s, the City advocated allowing cities the authority to zone for rental.

“Burnaby has been a consistent advocate with asking provincial governments to invest in low-cost housing and give municipalities zoning for rental housing as a method to increase and protect the supply of rental housing in our community,” said Mayor Derek Corrigan. We were optimistic when the new legislation came in about six weeks ago that allows us the tools to require older market rental buildings be replaced as part of any redevelopment. Previously, cities could only attempt to negotiate density in exchange for small numbers of market units, but now we will have the legislative authority to require the replacement.”

Corrigan added, “We really appreciate Premier Horgan’s government for enacting this broad legislation giving municipalities an additional tool to develop rental housing. As the City who asked for rental zoning, and government investment in housing, for decades, we are pleased to be the first City to make it work and help toward making life more affordable for our citizens.”

As a first step in this process, City Council passed a motion on July 23, 2018, asking city staff to implement a rental zoning bylaw to ensure that all redevelopment of current purpose built market rental sites be required to include the replacement of the current number of units within the neighbourhood, and that they be rented at established, affordable rates, and be made available to current tenants. In addition to complying with the new rental zoning bylaw requirements, all redevelopment of market rental buildings will also contain the satisfactory inclusion of a non-market or social housing component.

In May this year, the new government passed the Residential Rental Tenure Zoning Amendment Act which provides new powers to cities via the Local Government Act. In a July 3, 2018 bulletin, issued by the Ministry of Municipal Affairs and Housing, the ministry noted that the legislation provides local governments the authority to enact zoning bylaws that: 

Since 2013, the City has more than 1,000 units of non-market housing being constructed or in the process and more than 1,600 market rental units under construction or in process at this time.

Be the first to comment on "Opinion – Burnaby To Take Advantage Of Province’s New Rental Zoning Laws – Will The Valley Follow?"