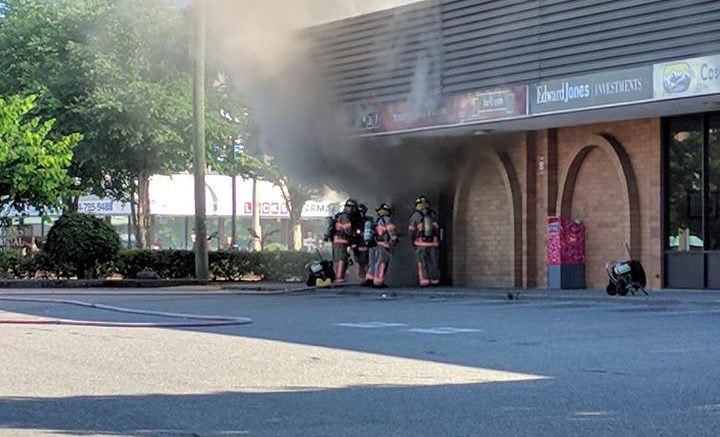 Chilliwack – Just after 8AM on a lazy Sunday morning in Downtown Chilliwack, as the Classic Cars are being parked for the annual Fortins Car Show, Chilliwack Fire Crews responded to Banners Restaurant on Yale, for a serious blaze.

Billowing smoke could be seen for miles around, emphasized by the clear blue sky.

Crews continue to mop up and the cause of the fire is not known.

By Noon Sunday, crews were demolishing the restaurant as the skeleton of the building (what was left) posed a safety risk.

No one was hurt and the fire is considered accidental.

This is the release from Chilliwack Fire:

At approximately 08:00am on June 24, 2018 firefighters from Chilliwack fire halls 1, 2, 4, 5 & 6 responded to a structure fire in the 45000 block of Yale Rd.
The restaurant was just opening for business when the fire started. Employees of the business tried to extinguish the fire, the fire quickly got out of control so the employees made the right decision to exit the restaurant and wait for fire crews to arrive.
When firefighters arrived, they found a single storey restaurant fully charged with heavy black smoke venting from the kitchen exterior exhaust hood and soffits around the restaurant.
Firefighters entered the restaurant and noticed fire in the kitchen prep area. While fire fighters were trying to extinguish the fire they also noticed the fire was deep seated in the roof structure above and quickly exited the restaurant. Firefighters went defensive and worked extremely hard to stop the fire from extending to the remainder of the building.
The restaurant unit was completely destroyed. The adjoining units next to the restaurant received extensive smoke and water damage. Once the fire was knocked down and extinguished, the services of an excavator were called in to help with over haul.
There were no civilian or firefighter injuries.
The cause of the fire appears to be accidental and is under investigation by Chilliwack Fire Department. 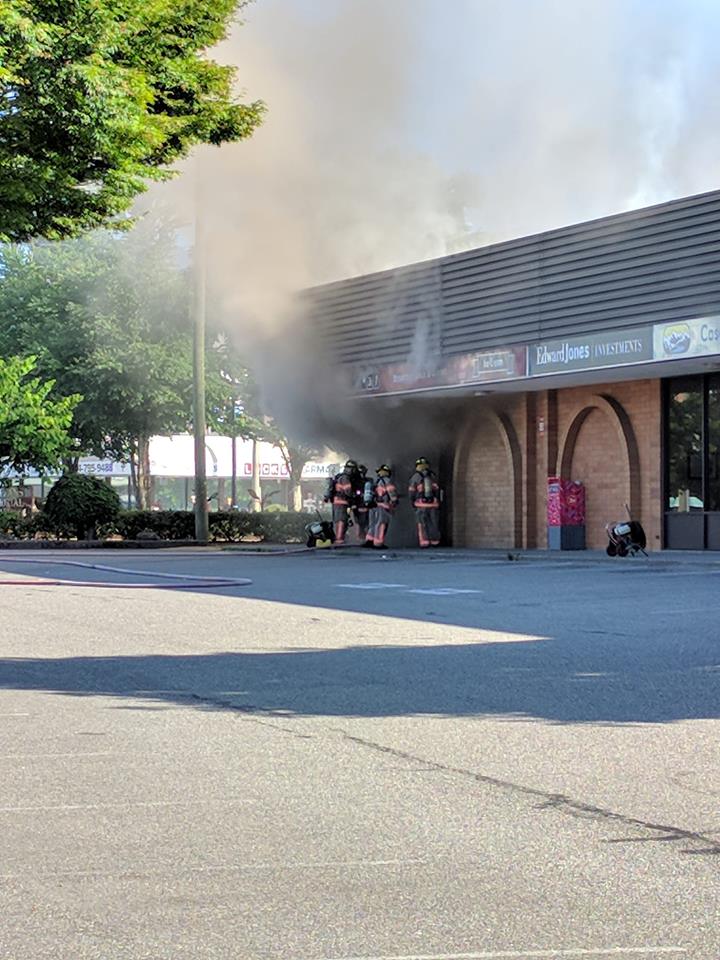