Chilliwack – MAY 30 UPDATE – A GoFundMe has been started for the family of Matthew Jarvis. He was the man who died in this weekend’s train tragedy. Wife Valerie Schneider posted to Go Fund Me: My name is Valerie Schneider and it is with heavy heart that I am here. So please, bare with me when writing this, I’m an emotional mess and not sure if I can convey my message to you all clearly but I will try my best. This request is not for me, nor my benefit but for help for my 3 children’s father Matthew Jarvis and the ability to give him a proper funeral and a proper goodbye.

The GoFundMe page can be found here.

MAY 26 ORIGINAL STORY – Social media lit up before 6 PM Saturday night with reports that a man (later identified as Matthew Jarvis) in a wheelchair (he was a paraplegic) was apparently struck by a train.

This was just off Broadway  and 1st.

Rick Nicolas called 911 and then called FVN. This was after his neighbors’ son screamed down the street for someone to call 911.

Nicolas said that this was a CN train and that his wife saw the aftermath, with the victim suffering an arm injury.

Other witnesses telling Vancouver media that one woman who tried to help, had her arm clipped by the train.

On May 26, 2018 at approximately 5:30 p.m. Chilliwack RCMP received a report of a collision between a westbound train and pedestrians in the 9000-block of Broadway Street.
General Duty (GD) officers arrived at the scene where they located one person who had succumbed to injuries and a second individual with non-life threatening injuries. The individual was transported to hospital by BC Ambulance.
The area surrounding the rail crossing on Broadway will cordoned off for a significant period of time.
Chilliwack RCMP are currently in the evidence gathering stage of their investigation.
Anyone with information regarding this investigation is urged to contact the Chilliwack RCMP at 604-792-4611 or, should you wish to remain anonymous, call Crime Stoppers at 1-800-222-8477 (TIPS) 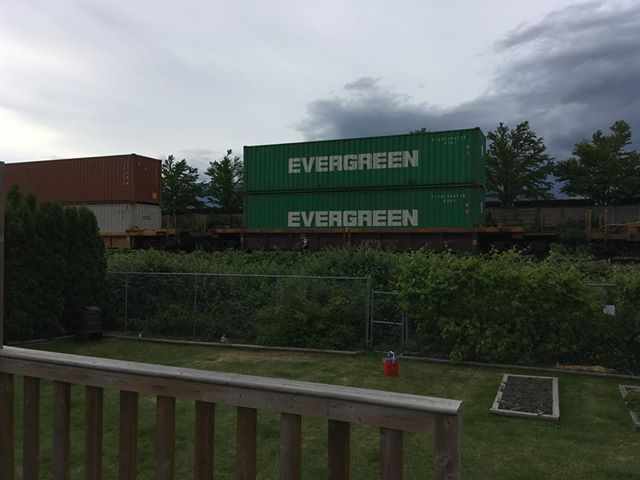