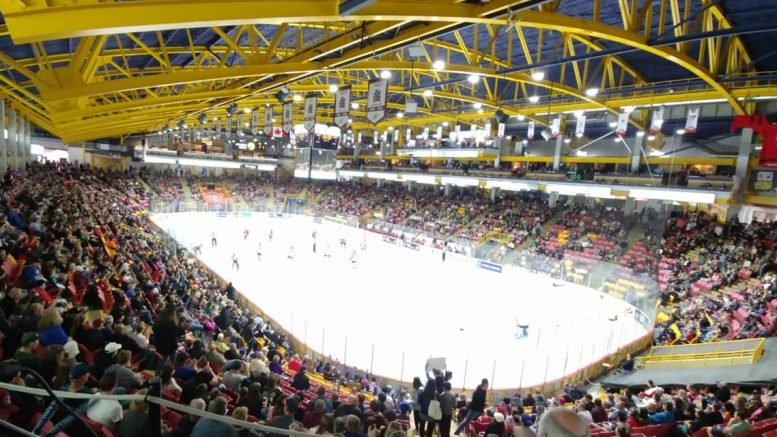 Corey Andonovski scored the game-winning goal with 11:28 left, one of three unanswered goals in less than eight minutes, to lead the Chilliwack Chiefs (BCHL) to their first national title with a 4-2 win over the Wellington Dukes (OJHL) in the 2018 RBC Cup final Sunday night.
The Chiefs are the second consecutive host team and third in the last four years to win Canada’s National Junior A Championship, surviving a nine-week layoff after losing in the first round of the BCHL playoffs.
Less than four minutes after Will Calverley had tied the game, Andonovski followed up his own shot and slipped the rebound through Wellington goaltender Jonah Capriotti to put Chilliwack ahead for the first time.
Kaden Pickering and Tommy Lee had the other goals for the Chiefs, while Top Goaltender recipient Daniel Chenard capped a terrific tournament with a 26-save performance between the pipes.
The Dukes quickly quieted the near-capacity crowd at the Prospera Centre, opening the scoring less than 90 seconds in when Andrew Rinaldi set up Ted McGeen for a quick strike from the slot and a 1-0 lead.
Pickering answered for the hosts early in the second period, driving to the net with his stick on the ice and redirecting a perfect pass from Andonovski behind Capriotti.
A late-period power play looked to give the Chiefs momentum heading to the final frame, but instead it was the Dukes who jumped ahead; Mitchell Martan raced into the Chilliwack zone and cut to the middle before going five-hole on Chenard to send the Central Region champs to the intermission with the lead.
Calverley, the tournament MVP, tied it less than five minutes into the third, getting his stick on a Bryan Allbee point shot for his tournament-leading sixth goal – and fifth to come via a tip-in.
The Andonovski goal was quickly followed by a huge penalty kill by the Chiefs, who allowed just a single power-play goal in 29 opposition opportunities during the tournament.
Lee added the insurance marker at 12:20; P.J. Marrocco jumped all over a turnover deep in the Wellington zone and fed Lee in front, who had an easy tap-in for the 4-2 goal.
Chilliwack is the 14th B.C. Hockey League team to win the national championship, but the first to do it as host.
The 2019 RBC Cup will be held May 11-19 at the Centennial Regional Arena in Brooks, Alta., with the Brooks Bandits of the Alberta Junior Hockey League playing host.

ORIGINAL FVN STORY – A come from behind victory over the Wellington Dukes and the Chiefs didn’t have the lead until the Third period.

All the controversy and heartache after an early BCHL Playoff exit has all been erased. (Losing to Prince George in 7 games).

A Change of coaches at the end of the playoff run didn’t hurt the cause.

The Chilliwack Chiefs are the National Junior A Hockey Champions, winning the RBC Cup National Championship at Prospera Centre.

It is the first ever National Championship for the franchise, both the original and current Chiefs. In 1996, the Centennial Cup National Champsionship became the RBC Cup.

Game over! Congrats @Chiefs_Hockey and congrats to everyone who worked on the @HC_RBCCup. What a week! Congrats to the Wellington Dukes for leaving it all on the ice. Great game! #chilliwack #RBCCup

A huge congratulations goes out to the @Chiefs_Hockey club on winning the @HC_RBCCup on home ice in front of your incredible fans! This entire organization is top notch and ran an incredible National Championship Tournament

Chilliwack Mayor Sharon Gaetz must have been the lucky charm for the @Chiefs_Hockey by singing the national anthem before the RBC Cup Final. Whatever works! Congratulations to the Chiefs as well as Chilliwack for hosting a successful tournament

Sharon Gaetz‏ @sharongaetz 41s42 seconds ago Haha- thanks Stephen but our boys didn’t need luck. They were on fire

Our Chiefs win it all tonight!!! 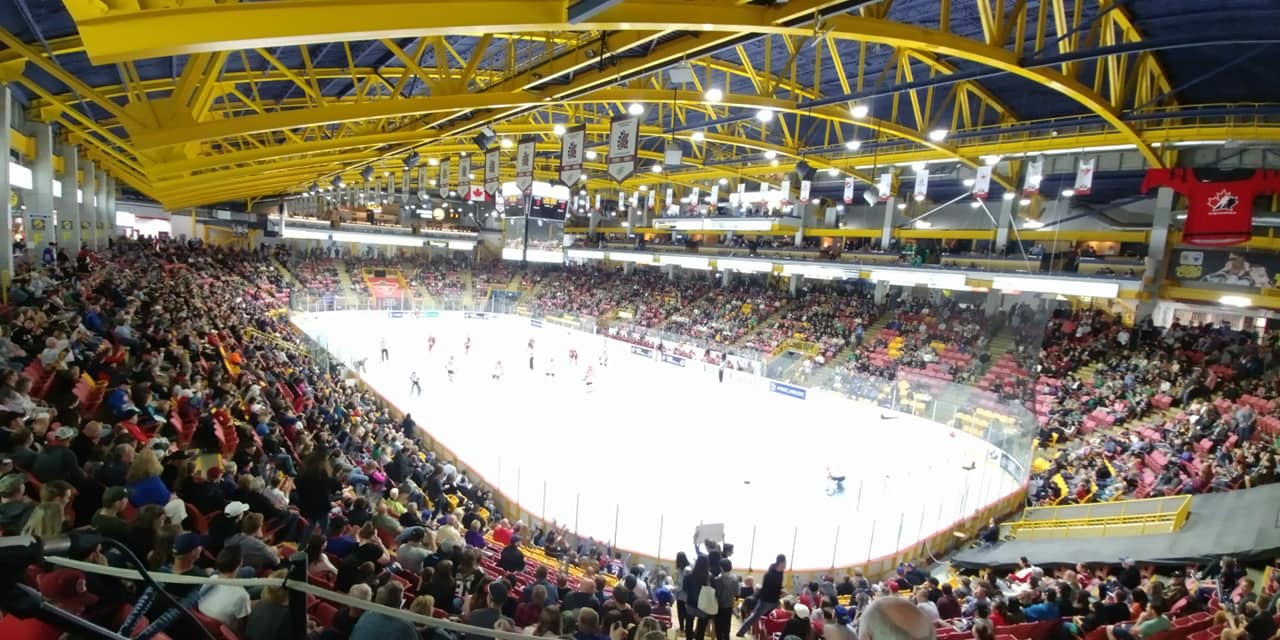 Show #2 For U2 In Vancouver And No One Got Hurt

Be the first to comment on "RBC NATIONAL CHAMPIONS! CHILLIWACK CHIEFS !! (VIDEO)"