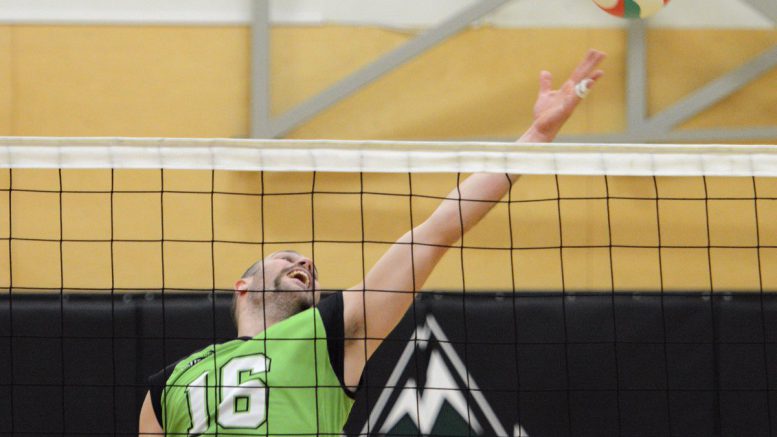 In between a pair of significant on-court ceremonies on Friday evening, the University of the Fraser Valley men’s volleyball team picked up a four-set win over the Columbia Bible College Bearcats.

And after the match wrapped up, Cascades middle Dayton Pagliericci grabbed the mic, invited his girlfriend Jenelle Stolberg Macdonald to centre court, and asked her to marry him. She said yes.

“Not a good start, obviously,” Cascades head coach Kyle Donen analyzed afterward, referring to the opening set. “We kind of tripped at the finish line in the first, but we were able to bounce back. I thought we calmed down and cleaned things up (in sets 2-4).

“I want to see us sustain that kind of pressure for a whole match.”

The Cascades improved to 11-12 in PACWEST play, which leaves them tied with the Douglas Royals for fourth place heading into the regular-season finale on Saturday at Columbia Bible College (women 5 p.m., men 7 p.m.).

The Bearcats, meanwhile, sit seventh in the league at 4-19, and face a must-win situation Saturday at home in order to leapfrog the College of the Rockies Avalanche and punch their playoff ticket.

Bruce starred on Senior Night, racking up a team-leading 14 kills and tying libero Evan Bell-Foley for team-high honours with 10 digs. Right side Matt Whittall notched 11 kills, and left side Ben Friesen had 10 kills and two aces.

“I thought Nick had an outstanding final game,” Donen said. “It’s a great accomplishment to play an entire five-year career. We’re really proud of what he’s accomplished, but we’re hoping to extend his career by a couple weeks.

The PACWEST regular season may be nearing its conclusion, but the Cascades volleyball teams still have more home games to come as they’re poised to host the PACWEST men’s and women’s volleyball championships next week. That event runs Feb. 22-24 at the Envision Financial Athletic Centre. The schedule will be finalized after Saturday’s matches.

The University of the Fraser Valley women’s volleyball team dropped a three-set decision to the Columbia Bible College Bearcats in their regular-season home finale on Friday.

The two teams wrap up the regular season on Saturday, as the Bearcats host the back end of the home-and-home set (women 5 p.m., men 7 p.m., Columbia Place). Both the UFV and CBC women’s teams are already assured of advancing to the PACWEST championships, which will be hosted by the Cascades next week (Feb. 22-24).

“Our key things we’ve been really peaking in, they kind of all let us down today,” Cascades head coach Mike Gilray said, analyzing Friday’s loss. “Our serving and our passing were probably the toughest. I don’t want to take anything away from CBC – they played a great match, they served extremely tough, and they defended us really well. But we can’t be giving up that many points with unforced errors on our side.”

After dropping the first two sets, the Cascades gave up a four-point run in the early stages of the third to fall behind 9-4, and the Bearcats pushed the advantage to 15-8. UFV responded with a four-point run of their own to get back to within 15-12, threatening to extend the match if they could keep the rally going. But CBC re-assumed control at that point, scoring 10 of the next 14 points to end the match in decisive fashion.

Rookie left side Amanda Matsui paced the Cascades, posting eight kills on 28 per cent hitting, to go with 11 digs and two aces.

“We’ve said throughout the year, there’s no easy games in PACWEST,” Gilray noted. “It doesn’t matter, one through seven. Here’s the fifth-place team, and they thump us 3-0. They were in control of the match, and that’s the quality of our league.”

The Cascades honoured fifth-year middle Monique Huber in a post-game Senior Night ceremony, and Gilray lauded her contributions both on the court and to the program’s culture. 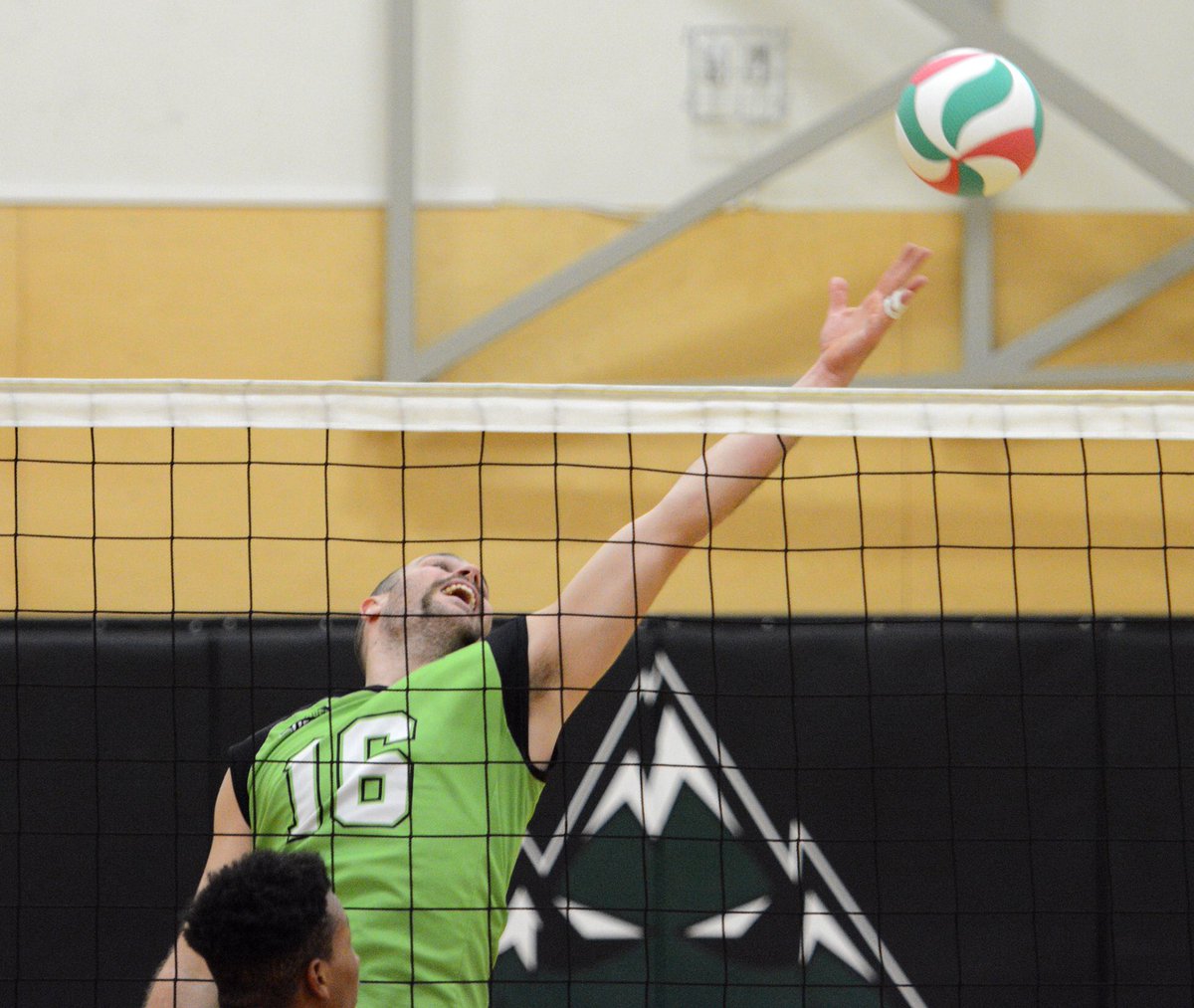 Be the first to comment on "UFV Sports Friday – Volleyball Split – Wedding Proposal!(VIDEO)"