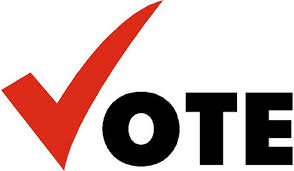 Victoria – Hot on the heels over debate on propotional voting for government, a public engagement on electoral reform ends in one month, and British Columbian’s are encouraged to make their voices heard to help shape the referendum that will determine how B.C. votes.

The engagement, launched by Attorney General David Eby on November 23, 2017, invites British Columbians to learn about different voting systems and to complete a questionnaire on various aspects of the upcoming referendum. To do so, visit: engage.gov.bc.ca/howwevote/

So far, more than 31,000 British Columbians have visited the website, while more than 11,000 have completed the online questionnaire, offering input on such topics as how the 2018 referendum ballot should be designed, the question(s) it should contain, and whether organizations should receive public funding to campaign for their preferred voting system.

As part of the reminder, government has added a suite of materials to the engagement website on the various voting systems, including educational slideshows, and has sent a mail-out to all B.C. homes encouraging British Columbians to visit the site and complete the questionnaire.

Translated versions of the questionnaire and central website content will be available in the coming days in French, Chinese Simplified, Chinese Traditional and Punjabi.

The public engagement closes February 28, 2018, after which results will inform a report prepared by the Attorney General, which will be posted publicly before being presented to cabinet. Details will then be announced, including the referendum date, campaign period, campaign rules and ballot question(s).

How We Vote public engagement: engage.gov.bc.ca/howwevote/

BC Government Releases Regulations For Referendum On Electoral Reform