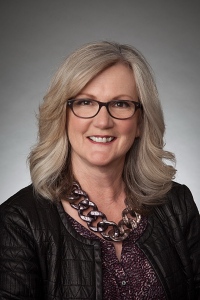 Chilliwack – While the Barry Neufeld,  Anti-SOGI 123, LGBTQ controversy drags on – another voice on the School Board has come to the defense of the embattled Neufeld.

Though it shouldn’t be a surprise.

If you have been following this story, School Trustee Heather Maahs has sided with Neufeld on his Anti-SOGI stance. Now that the School Board has called for Neufeld’s resignation (along with other unions as well as the Provincial Education Minister) and plenty of on site protests, Maahs took to Facebook to speak up:

The Chilliwack Board of Education’s motion, of January 18th, 2018, asking for Trustee Barry Neufeld’s resignation was 4-2, with one trustee absent on medical leave. It was not unanimous. I was opposed to the motion with Trustee Neufeld. In my opinion this motion was highly unethical. Our Trustee Code of Ethics states, “Make no disparaging remarks, in or out of the Board meetings, about other members of the Board or their opinions.”

Discussion and disagreement is the nature of politics and why we have debate. It’s one thing to disagree and debate with colleagues, it is another thing entirely to tell them they must resign because of any disagreement.

I have previously stated my concerns with SOGI 123 because of the infringement on parental authority and the lack of evidence based research demonstrating its effectiveness in the classroom. This has become a confrontational issue where it is now acceptable to put aside rules of conduct and civility in order to shut down conversation and debate in an attempt to push people out of office. This is a dangerous precedent which sets a very slippery slope deciding which rules and policies will be set aside next.

For the record, at last Tuesday’s school Board Meeting, where protesters were vocal and almost drowning out the proceedings, Maahs made a motion (seconded by Neufeld) to clear the room of protesters before School Board resumed their business. They were outvoted and Board Chair Paul McManus simp0ly told Maahs to “work through it”.

The next School Board Meeting is January 30.

Chilliwack Rainbow Crosswalk Reality – At Eagle Landing, Tzeatchen/Promontory Save On