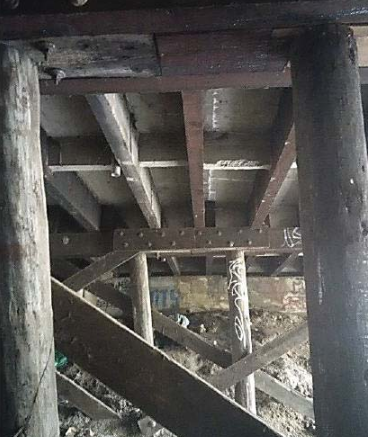 Surrey – The contract to replace the existing Bear Creek Bridge awarded by Surrey City Council is a significant step forward in the Surrey LRT Project.

WestPro was awarded the $5 Million contract at Monday night’s Regular Council meeting to construct the Bear Creek Bridge replacement, one of the Early Works projects identified to set the stage for light rail transit south of the Fraser River.

“Getting started on this enhancement project is an important milestone to showcase that our preparatory work is well underway and that we are shovel ready for LRT construction in Surrey,” said Mayor Linda Hepner. “In a show of support for LRT, the Federal Government committed to the funding for this project over a year ago, and we are thrilled to see it move forward.”

“This is an important next step in preparing roads and infrastructure for the Surrey-Newton-Guildford Line,” says Kevin Desmond, CEO, TransLink. “We are pleased to see that the City is moving forward to get ready for the anticipated LRT once funding is secured for the project.”

Surrey’s existing Bear Creek Bridge is situated south of 88th Avenue on King George Boulevard.  The timber trestle bridge, constructed in the 1930’s, is currently too narrow to accommodate the proposed Surrey LRT corridor.  The new design will also allow it to withstand the anticipated load of the LRT that will be running on King George Boulevard from Newton Town Centre to Surrey City Centre, before it turns onto 104 Avenue towards Guildford Town Centre. 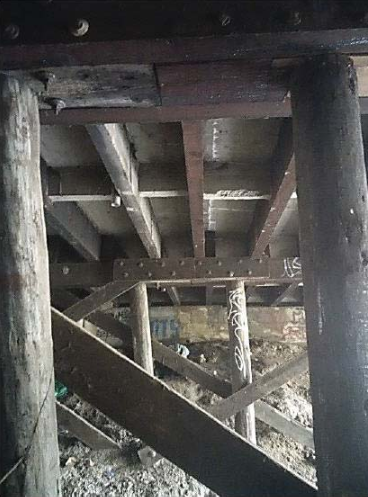 “The replacement of this critical infrastructure, which many people may not even know exists, will reap benefits to the LRT project and beyond,” said Councillor Tom Gill, Chair of the Transportation Infrastructure Committee.  “The new free standing bridge has been designed to current seismic specifications and will also enhance the existing creek environment.”

Replacement of the existing bridge will include rehabilitating the creek channel by improving the stream substrate and incorporating in-stream aquatic habitat features.  The design will also better accommodate wildlife movement by offering a wider, unobstructed passage underneath King George Boulevard which further supports the City’s Biodiversity Conservation Strategy and Green Infrastructure Network.

Construction is expected to begin in mid-January and last approximately 10 months.  The City of Surrey will keep traffic lanes open in either direction throughout that time, maintaining access to businesses and residences along the route.

The full Corporate Report can be viewed here. 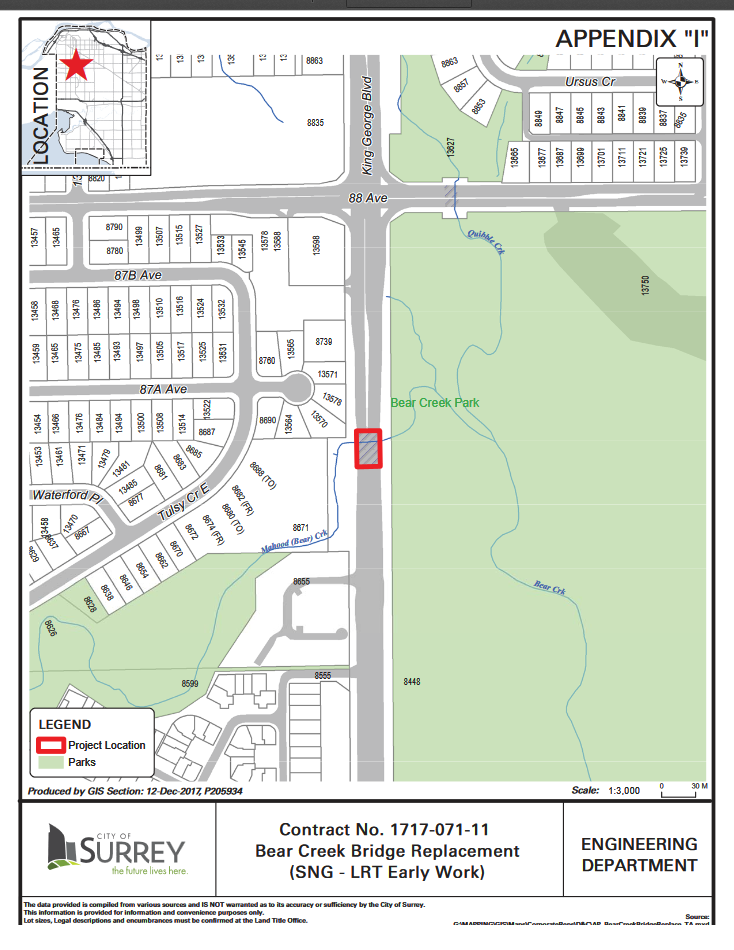