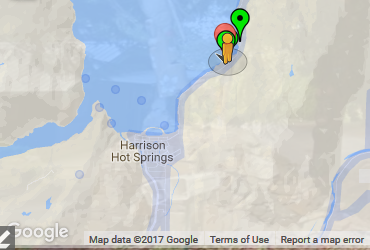 Harrison/Kent – A 50,ooo pound boulder which came down November 5  on Rockwell Drive by Thunderbird Creek took out a garden shed and has now forced the evacuation of four homes.

The evacuation happened this past Sunday.

That was done as a precautionary measure.  Almost a month later, we are now hearing an official response from the District.

The District of Kent put out a release which stated that a local state of emergency has been issued and crews are assessing the slope. Traffic will be impacted along the lake shore as crews  from the District and Emergency Management BC monitor the situation.

Right now, no one is in immediate danger.

4:15PM Tuesday Update On State Of Emergency In District Of Kent