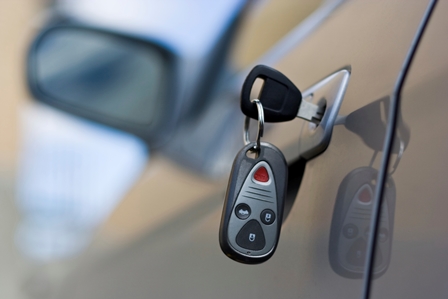 Today’s high tech cars have centre console mounted displays that allow anyone (including the driver) to play around with while in motion; should be against the law. Some cars even need to have the driver touch a screen to change the radio volume or station; a dangerous practice. Older car radios you can FEEL the knobs without taking your eyes off the road. I think vehicles are going the wrong direction these days with their gadgetry.

This opinion was delivered to the DriveSmartBC in-box last week along with a wish that I would write about it so that other drivers might learn the risks. Even though in car systems are legal, they do present a significant risk for distracted driving. Manufacturers are quite happy to provide the things that we want in our vehicles even when they have not evaluated risk, or worse yet, know of the risk but choose to provide them anyway.

Probably the worst outcome from distracted driving that I was called on to investigate was a fatality where a driver was parked on the side of the highway, well to the right of the single solid white line. I’m guessing that he had stopped to have a bite to eat and enjoy the view from what I discovered inside the passenger compartment. An passing vehicle’s front seat passenger had been having difficulty inserting a CD into the stereo, so the driver intervened to help. The vehicle drifted to the right, which was the direction the driver was looking in, and collided with the parked car.

The driver in the parked car did not survive the collision.

Inserting a CD into a slot in the dash is not a complicated task, but as the e-mail writer observes, using a touch screen or finding the controls on some modern vehicles can tie up your attention for a significant period of time. At 120 km/h on our freeways, one second translates into just over 33 meters of travel. A lot can happen in a couple of seconds.

As part of its Center for Driving Safety and Technology, the AAA Foundation for Traffic Safety commissioned the University of Utah to carry out research to address three important questions:

The findings are probably not a surprise for you:

The most important piece of information to take away from this is that motorists should remember that just because technologies come installed in a vehicle does not mean automaker testing has proven they are safe to use while driving.