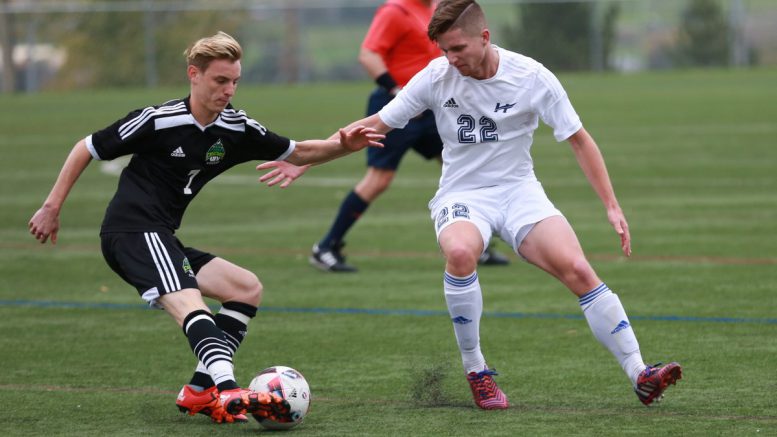 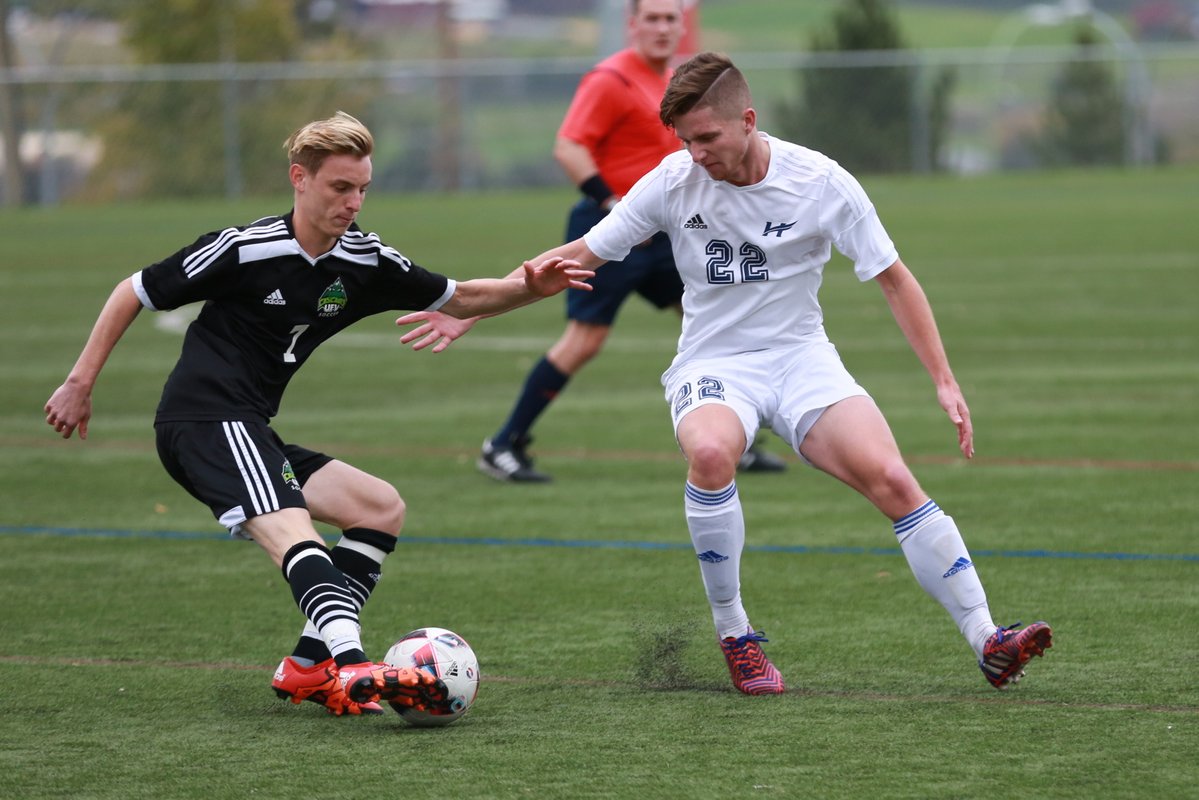 The reigning U SPORTS men’s soccer national champion Alberta Golden Bears fended off a stiff challenge from the University of the Fraser Valley Cascades on Friday evening, preserving their undefeated record with a 1-0 win.

The lone goal of the game came off the foot of Golden Bears defender Cameron Sjerve in the 19th minute, and the host Cascades were unable to find an equalizer despite a sustained stretch of offensive pressure in the second half.

Alberta, No. 1 in the U SPORTS national rankings, boosted its Prairie Division-leading record to 4-0-1. The Cascades (1-3-1) sit sixth in the Pacific Division.

“It was obviously a little bit frustrating in the second half – I thought for a good 25 or 30 minutes we were on top and had some chances,” UFV head coach Tom Lowndes said. “If we could take one of those chances, maybe the game turns on its head a little bit.

“But for us to come off the field and be disappointed to only lose 1-0 to the No. 1 team in the nation, the reigning national champions? I’m really proud of the effort tonight. I’m really proud of how we stuck together and battled. We’re a young team, and they’re a good footballing team and I’ll be surprised if they’re not back contending nationally again this year. So a fantastic effort from our boys tonight – I’m proud of how we went about our business.”

The Golden Bears lived up to their advance billing in the early minutes of the game, owning the lion’s share of possession and looking dangerous going forward. Sjerve’s goal came after an Alberta free kick just outside the right edge of the penalty area – the ball bounced around and both teams had multiple cracks at it before it came to Sjerve at the top of the box. His shot found its way through a crowd and tucked inside the post to the left of Cascades keeper Alex Skrzeta.

The home side responded, generating a couple of chances in short order. In the 22nd minute, Parman Minhas sent a cross to Charlie Lovell at the far post, but his header went over the bar. Shortly thereafter, Elijah Sampson stole the ball from a Golden Bears defender and had a clean look, but Alberta keeper Connor James dove to his right to smother Sampson’s shot.

The Cascades continued to press after halftime – in the 67th minute, Brady Weir’s free kick from just outside the penalty area was headed away by Alberta’s Noah Cunningham. Later on, Weir’s cross found Lovell for another header and he put this one on target, but James came up with a sprawling save.

“It was only 1-0 (at halftime), and they got a little bit motivated by the score and had every opportunity to come back and nick a goal and take a win away from us,” Alberta head coach Len Vickery noted. “It took us a few moments for us to realize that’s the way the game was going, but once that happened, over the last 10-15 minutes I think we took charge again and actually created a couple of chances that could have gone in.”

The Cascades are back in action on Saturday, hosting the Calgary Dinos (6 p.m., MRC Sports Complex), while the Golden Bears travel to Prince George for a Sunday tilt vs. the UNBC Timberwolves (11 a.m.). Webcasts for both games are available at CanadaWest.tv.