Mission/Abbotsford – The body of a missing Abbotsford Women who disappeared July 27, was found in Mission. 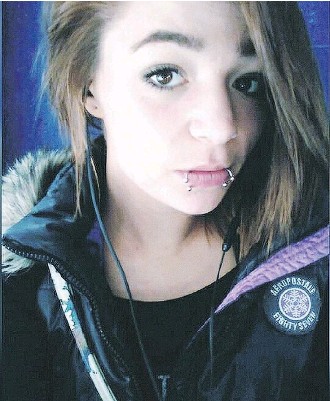 That was on August 16. IHIT and Abbotsford Police now believe she was the victim of homicide and not a random attack.

Gauthier, a mom of two toddlers, was  seen at around 11AM on Thursday, July 27 at the McDonald’s at Bourquin Crescent West and South Fraser Way in Abbotsford.

A GoFundMe page has been set up to help the family with funeral expenses and to assist the two daughters, age 2 and 3.

Investigators have asked that anyone with information call the IHIT information line at 1-877-551-IHIT, email [email protected], or call Crime Stoppers at 1-800-222-TIPS.

GAUTHIER is known to frequent various locations in Central Abbotsford but to this point she has not been located.

Chelsea has not been active on social media for several days. Her friends and family are very concerned.

GAUTHIER stands 5’8” tall and weighs 122 pounds. She has brown hair and eyes and has piercings on her lower lip and tongue. (See photo) Chelsea often carries a “Hello Kitty” purse.

Anyone with information about Chelsea Lea GAUTHIER should call the Abbotsford Police Department at 604-859-5225 or text APD at 222973 (abbypd).