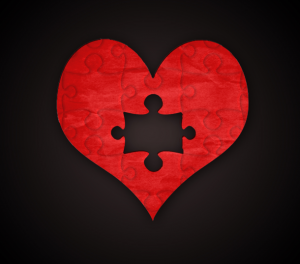 Fraser Valley – So we are hearing about the heated exchanges between Chilliwack Council and Fraser Health and who should be doing what, about addictions and taking a pro-active step,( or three) in dealing with the always growing issue.

Chilliwack City Councilor Jason Lum said he is fed up with in camera meetings with Fraser Health and wants public forums.

Mayor Sharon Gaetz lambasted Fraser Health stating that Chilliwack has fallen off the Fraser Health radar. (Surrey and Abbotsford seem to be in the spotlight and the rest of the Valley is a no man’s land).

Shannon Henderson with Fraser Health has since contacted FVN :

*   As mentioned, we haven’t received a formal request to speak with the council at an open public meeting. We are always open to speak with members of our communities. However, we need to better understand the council’s concerns and ensure all of the right stakeholders are present.
*   We’ve recruited three part-time peers to do needle pick-up and education around proper needle disposal, and we are in the process of hiring a full-time outreach worker to do similar work. We acknowledge it has taken longer than we wanted to fill this position, but the individual will be in place by the end of August. The three peer positions will begin Monday.
*   Recognizing it has taken time to fill these positions, we engaged the same security company as municipality to ensure needle pick-up is still occurring.
*   We closely monitor our overdose data and want to work with our municipalities to better understand their needs to ensure the services are appropriate.

For the record, the Wack doesn’t have facilities like Abbotsford (Kinghaven and Peardonville) and does not have a 24/7 detox similar to what Vancouver has with Cordova detox.

Chilliwack has Riverstone, and Gawd love ’em, but a part time detox is only a part time solution.

If you really want to P-O the community … talk about harm reduction a.k.a safe supervised injection sites.

First, none of this is new.

Second is NIMBY. You can make all sorts of bold statement for prevention and treatment but the bottom line is that facilities, no matter where they are placed, will run into NIMBY.

The money and time must come from ALL PARTIES INVOLVED, so stop the finger pointing.

People in general and specifically, those in recovery, are sick and tired of talk.

One of the reason’s why we see and hear more about this issue is not fentanyl.

That is simply the major death drug de jour.

No one wants to talk about alcohol abuse because it’s not a sexy topic.

AA’s text book talks about the mix of booze and pills/sedatives as far back as the 1930’s.

We are more aware of addiction issues due to the fact that, and thank gawd for social media, those of the front lines are getting the word out.

The front lines are not just the back alleys and dumpsters. It’s not watching someone shoot up in a park or a school yard.

What many people DO NOT WANT TO TALK ABOUT is that addiction for the most part, happens behind closed doors in peoples homes and apartments. The street use is just a symptom of the bigger problem.

Anyone is addiction recovery will tell you, the use of drugs and alcohol mask the bigger problems.

As a alcoholic and addict in recovery for the past quarter century and 21 years clean and sober, this has never been lost on me.

Recent numbers from Fraser Health state that in Chilliwack alone, 21 deaths are expected in 2017. That is a low number. Anyone within the recovery community will tell you, that number has been passed. Talk to EMS about what they call “scrape and go”. Walk into the Alano Clubs in Chilliwack or Abbotsford and hear the real stories. Go to Cyrus Centre, The Salvation Army, Ruth and Naomi’s. Pay a visit to Vision Quest, Tesky Road, Spiritual Quest.

TALK TO THEM AND HEAR THEIR STORIES!

Chilliwack City Council Sam Waddington said a compassionate human approach is required from Fraser Health. They need to step up and do the job.

Everyone within the community, needs to step up and do their part.

Don’t get me started on the new Ministry of Mental Health and Addictions and rookie Minister Judy Darcy who by her own Facebook postings, said “I am deeply honoured to be the Minister of Mental Health and Addictions for British Columbia. Premier John Horgan has made it clear that tackling the fentanyl crisis and saving lives is a top priority for the new BCNDP government. Nearly everyone in this province has been touched by mental health and addictions and there’s so much we can do to help. Let’s go!”

Then she posted her walk-a-bouts saying that she was learning her job.

By the way….who OD’d today?

Do you even care?

List of BC NDP Nominated Candidates to Date – Abby, Chilliwack Yet to be Named

Be the first to comment on "OP/ED – Pointing Fingers On Treating Addiction – Do You Even Care?"