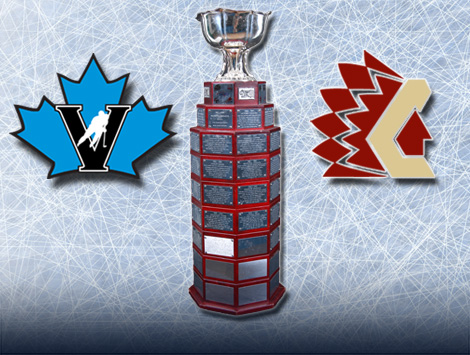 Chilliwack/Penticton – For the second year in a row, the Chilliwack Chiefs are in the Fred Page Cup BCHL Finals and will try to achieve what they were not able to last season against West Kelowna. Penticton was last here in 2015 when they defeated Nanaimo on the way to the Western Canada Cup and a spot at the RBC Cup.

Here are a few facts and figures regarding this year’s Finals:

The series schedule is as follows: