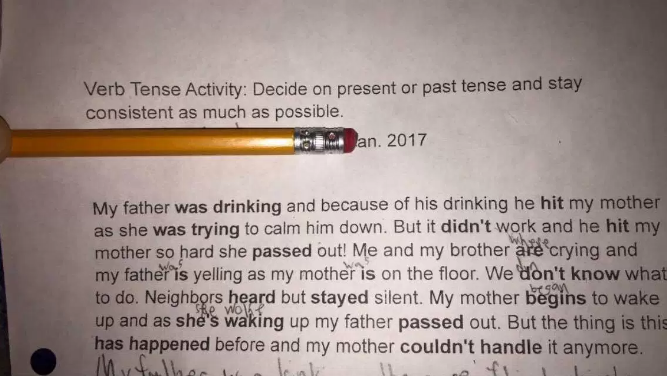 Mission BC – Questionable conduct by a teacher over a Middle School assignment. Was this appropriate for the students.

A Grade 8 English class at Hatzic Middle School was given a sample of student writing, which comes across as a domestic abuse situation between the student’s parents.

It was posted to Facebook by one parent and quickly became an on line controversy and caught the eye of media.

Superintendent of Mission Schools Angus Wilson did not say whether this story was given to the entire class, however he carefully chose his own words, as it appears he may not have known about this hand out until after the fact.

There is no response (as of February 14) on the Mission School District website, as this continues to be an internal investigation.

Be the first to comment on "Controversial Mission School English Assignment"