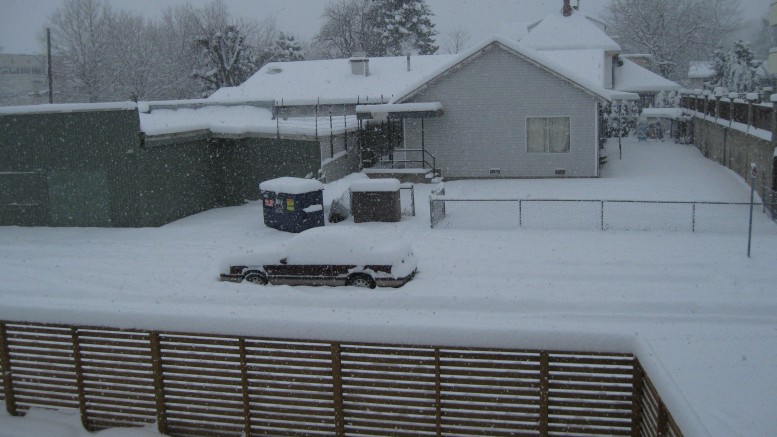 Fraser Valley -11 AM December 8 UPDATE – Snowfall Warning has been issued by Environment Canada – potential of 20 cms.

OK, we had our so called “1000 days of grace” ie, the last major snowfall to blast the Fraser Valley hearkens back to 2014. Since then, we have had small annoyances and a few icy days on the road, but this is going to be a reminder that Mother Nature is still the boss.

The potential of 5-20cms of snow between Thursday Night and Saturday is very real. Granted, it all depends on winds and moisture, but while Environment Canada on its website is not yet stating any predictions of accumulation, the Weather Network has stuck its neck out and claims, that we should brace for the worse case scenario.

Add to that, the wind chill will hover around Minus 20.

You will have noticed that major roads throughout the Valley have those white streaks. That’s from crew administering a salt brine mixture to the street. The catch is that the saline solution is really only effective for temperatures down to Minus 7. After that, you’re on your own, and driving skills MUST kick in.

Of course, that will be lost on a few. As far as school snow days, that call probably won’t be made until early Friday morning.

Snow plows are on the standby and remember that there are priorities when it comes to clearing streets.

For Chilliwack, that info is here.

The cold and snow are the obvious concerns for services to help the homeless and extra emergency beds will be available at the usual outlets: RAN, Salvation Army and Cyrus Centre, but they only have so much space. With the recent talk of the homeless “problem” in the Valley, their health and safety will be on the minds of many.

While no one will predict a White Christmas just yet, don’t be surprised is there is a pile of dirty snow remaining after this coming blast.

Please remember to shovel sidewalks. Be mindful that seniors and those mobility challenged are going to have a tough time over the new few days. 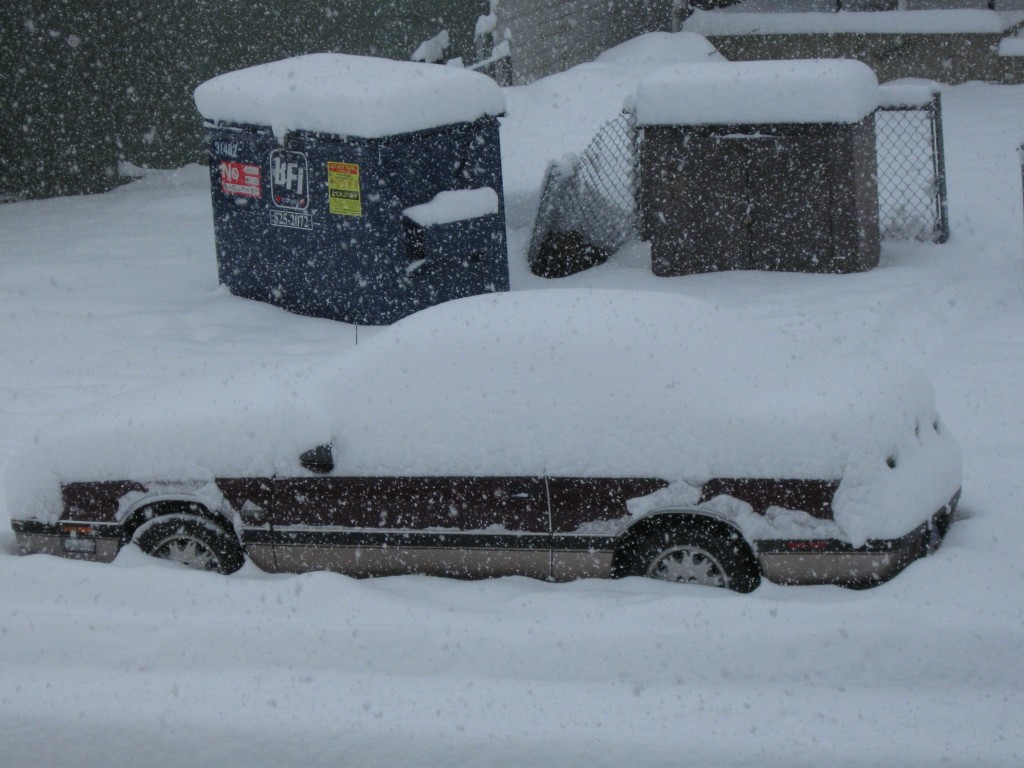 Pushing The Motion Picture Spotlight On Chilliwack (For A Change)