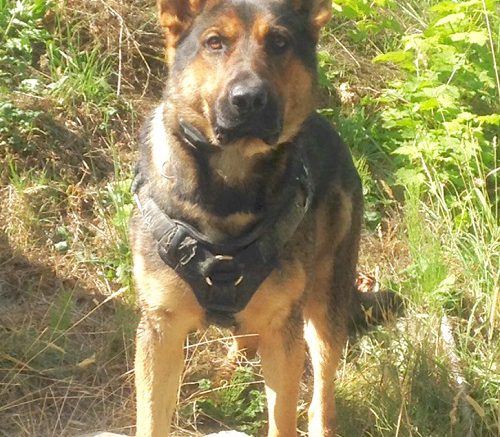 Chilliwack – A 24 year old man from Chilliwack is facing a criminal charge after being arrested by RCMP.

Sebastian James Brandolini faces one charge of Break and Enter and remains in custody pending a court appearance later in October.

The charge stems from a call made to RCMP on October 5, 2016 at approximately 3:45 a.m. by a home owner in the 44000 block of Sherry Drive to report the sound of their garage door being opened.  General Duty officers supported by the Lower Mainland District Integrated Police Dog Service (PDS) immediately arrived at the address where police service dog FORD quickly began following a track of fresh human scent which led officers on a path into the surrounding neighbourhoods.