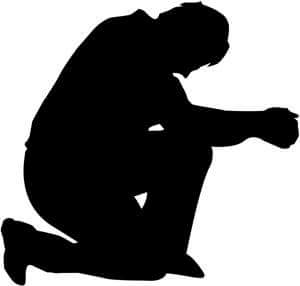 Fraser Valley/Vancouver – On October 14th, 2016, staff and volunteers of  the non-profit organization the Mood Disorders Association of BC (MDABC) will be hitting the streets of greater Vancouver to launch “What Helps, What Hurts”, a depression awareness campaign aimed at young adults which was developed in partnership with The BC Partners for Mental Health and Addiction. The outreach team will be visible in emoji-themed campaign t-shirts and will be giving out the “What Helps, What Hurts Pocket Guide to Helping a Friend with Low Mood or Depression” to passersby while encouraging the public to educate themselves about the realities of depression.

The campaign’s 3 main objectives are:

1.       to reduce the stigma around talking openly about mood and depression

2.       to encourage young adults to help and support friends who are struggling emotionally

3.       to help young adults to identify the symptoms of depression and to take steps to get better

In addition to the FREE pocket guide which will be distributed all across BC, there will also be over 200 campaign posters on BC transit, a website (www.whathelpswhathurts.com) with tons of facts about depression, a downloadable pocket guide, personal stories, and a hashtag (#whathelpswhathurts) which will allow people to connect with each other on social media.

“We know that the first person that a young adult will go to if they are feeling down or depressed is often not a doctor or a parent or a counsellor, it is a friend. The information offered in this campaign gives young people the basic skills needed to open up conversations and to encourage friends to get help if they are struggling with their mood. Having a friend that listens and helps can sometimes mean the difference between getting better and suffering in silence for years.”, said MDABC Operations Manager Catherine St. Denis.

MDABC Executive Director Martin Addison spoke about the reasons behind the campaign,

“With depression affecting 1 in 8 Canadians in their lifetime, and with 70% of first episodes occurring in adolescence and early adulthood, it is essential that we as a community learn to recognize the signs and symptoms of depression early and that we encourage people to get the help that they need. The What Helps, What Hurts campaign is a step in the right direction.”

The Mood Disorders Association of BC (MDABC) is a nonprofit organization that provides treatment, support, education for people impacted by mood-related mental health concerns. We serve to build awareness and understanding in communities throughout the province, reaching out to as many people as possible.

The  BC Partners for Mental Health and Addictions Information are a group of seven leading provincial mental health and addictions nonprofit agencies. Since 2003, we’ve been working together to help individuals and families better prevent, recognize and manage mental health and substance use problems.

Funding for this campaign was provided by BC Mental Health and Addictions Services, an agency of PHSA (Provincial Health Services Authority).