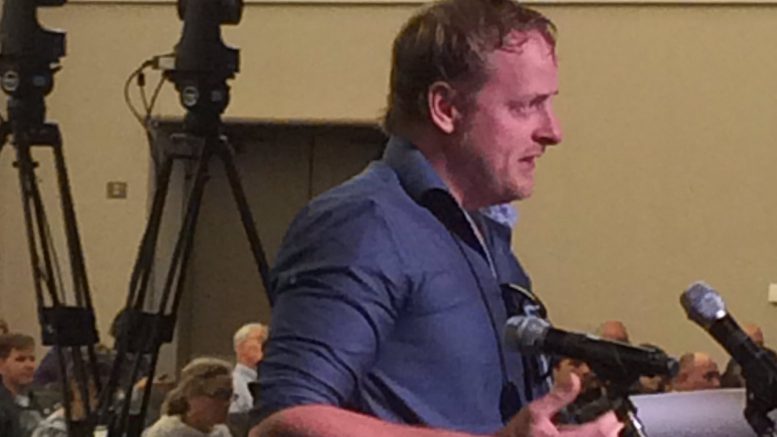 Victoria – Chilliwack Councilor Chris Kloot and the rest of the City of Chilliwack delegation were busy talking ALR (Agriculture Land Reserve) at this weeks UBCM convention (Union of BC Municipalities).

Councillor Kloot spoke to a resolution on ALR boundary adjustments (allowable parcel size) and the motion was carried.

The wording of the actual document is a little difficult to swallow with all the legaleze. Kloot told FVN – A quick clarification of Chilliwack’s resolution that was debated on the floor.  It passed with 52% support

It came out of our Ag Advisory committee.  Today if you do a boundary adjustment in the ALR with a neighbour for example, the subject property has to remain a minimum 1 ha (2.47 acres).  The proposal we presented was that we recognized the farm land is super important, so we would be better served to have the remaining Lot at 0.5 ha (1.23 acre) so the adjoining farmer can actually farm this additional 0.5 ha leaving the boundary adjustment around the home at 0.5 ha rather then the current minimum 1 ha, which generally is never really farmed anyways, but is used as a large yard or other non agricultural uses.

The entire UBCM agenda/document can be found here.

UBCM Convention Minutes And New Board – No One From Fraser Valley

Be the first to comment on "UBCM – ALR Boundary Adjustments"