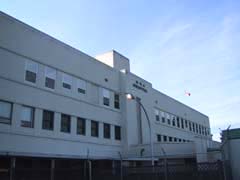 Abbotsford – A B.C. Supreme Court judge has ordered people to vacate a homeless encampment in Abbotsford by 10:00pm Monday Night. The judge granted an injunction and gave the Fraser Health Authority, the owner of the property, the power to take down any remaining campsites.

Activist Tim Felger says he set up the encampment to advocate for the rights of homeless and drug-addicted people in Abbotsford. It quickly became a flash point for the homeless problem in Abby.

The remaining campers on the former Matsqui-Sumas-Abbotsford Hospital grounds have been ordered to pack up and leave.

Last year the courts gave campers the right to stay overnight in some Abbotsford parks, but shelters must be taken down in the morning. Chilliwack has the same rules and the same homeless crunch. There seems to be no place for them to go.

The old MSA Hospital was built in 1953 and was dismantled in early 2009, following the opening of the new Abbotsford Regional Hospital on Marshall Road in August 2008. The land has sat vacant since then.

There is no word where those homeless campers will move to.