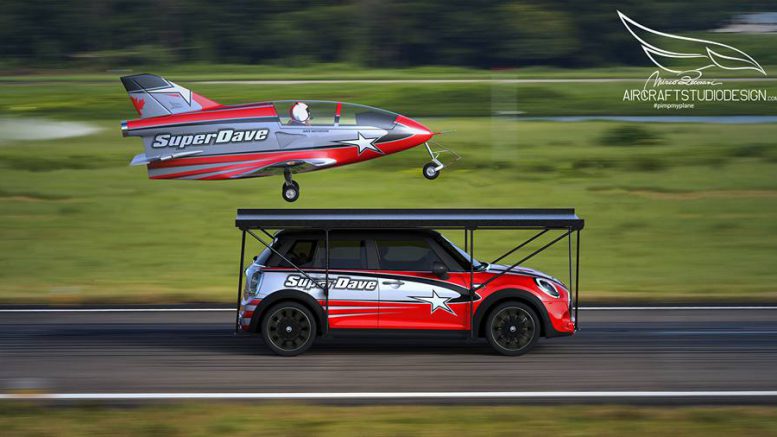 Fraser Valley – After the 2016 Chilliwack Air Show/Flight Fest went into the books, the clamor on social media was huge. Where was Super Dave?

The stunt pilot extraordinaire wasn’t at the show and many remember the 2015 controversy of Chilliwack Airport neighbors wanting to (and successfully) banning Super Dave from practicing his daredevil routines over the strip.

Super Dave announced his latest venture on his Facebook page.

And if you thought he was crazy before…..

Well I’ve been keeping this a secret until now but because all of you have been so great to me and shown me so much support you all might as well be the first to see my new air show plan! Well here is a computer drawing of my new plan It’s never been done or even tried before but I’m confident I can pull it off! At least I sure hope I can lol I think this will be an Air Show act that will really turn some heads What do you think??? The world’s smallest Jet landing and taking off from the world’s smallest runway!!!

Chilliwack Flight Fest Grounded For At Least One Year

2017 Has Been An Up And Down Year For Chilliwack Airport

Be the first to comment on "What Has “Super Dave” Matheison Been Up To? (Literally)"