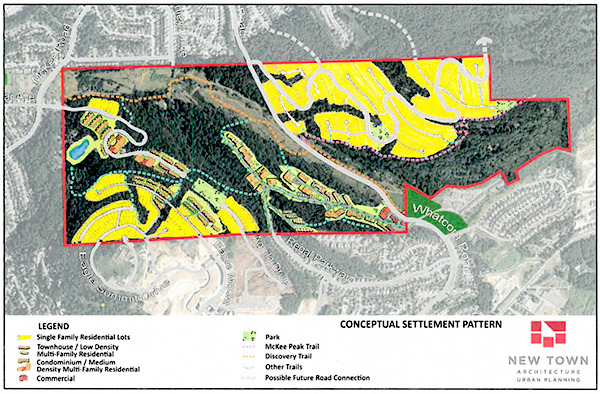 Abbotsford – The plan was first sprung on the residents of Abbotsford in 2013 and this week, City Council gave the green light  for one of the biggest developments that Abbotsford has experienced in a decade.

The Vicarro Ranch project comprises 1,400 residential units  on each side of Whatcom Road in the upper reaches on Sumas Mountain.

Breaking this down further, this will be 383 acres of single-family homes, duplexes, townhomes and apartment units.

Retail outlets are also planned for along Whatcom Road.

This does not come without controversy as there were many environmental concerns from animal activists who were worried about displaced habitats well as the significance to Sumas First Nation territory.

OPINION – Some US Cities Change Columbus Day to Focus On First Nations. Should Canada Consider This?