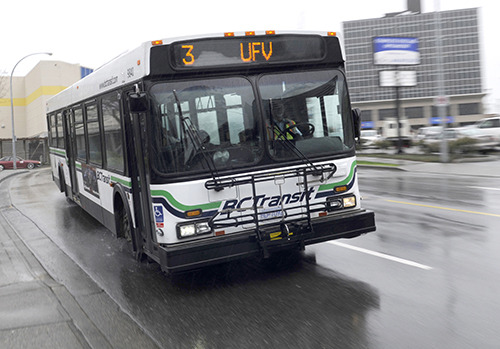 Abbotsford – Media Release from Abbotsford South MLA Darryl Plecas – This is the first transportation funding between municipal, provincial and federal governments like this. This event is a further reflection of the strong positive relationship between our Mayor, our local MLAs and our local MPs. We had representatives from both Abbotsford and Mission; Mission Mayor Randy Hawes, Abbotsford Mayor Henry Braun; both of our communities’ federal reps, MP Ed Fast and MP Jati Sidhu; and our three MLAs, Abbotsford West MLA, Michael de Jong, Abbotsford Mission MLA, Simon Gibson, and myself representing Abbotsford South.

The announcement provides funding for a better public transit system for the Central Fraser Valley, via the new Public Transit Infrastructure Fund.

The Member of Parliament for Mission-Matsqui-Fraser Canyon, Jati Sidhu, on behalf of the Honourable Amarjeet Sohi, Minister of Infrastructure and Communities, and the MLA for Abbotsford West, Michael de Jong, were accompanied by the Mayor of Abbotsford, Henry Braun, and the Mayor of Mission, Randy Hawes, today, to announce the BC Transit projects that will benefit the Abbotsford and Mission communities.

For Abbotsford and Mission, this means the addition of modern buses with improved technology, including closed circuit TV to improve the safety of passengers and drivers, real-time information for accuracy and precision, and automatic passenger counters that will enable BC Transit to optimize service delivery based on gathered data.

Abbotsford and Mission are also set to receive a boost to transit infrastructure with a new and expanded Central Fraser Valley Transit operations and maintenance facility that will support a fleet of cleaner burning compressed natural gas (CNG) buses. The $28 million project will position Abbotsford and Mission to meet a growing demand for transit in addition to improving operational efficiency and reducing greenhouse gas emissions.

Today’s announcement follows the recent signature of a bilateral agreement with BC that will result in more than $900 million being invested by the Government of Canada, BC, and municipalities, in public transit projects across the province.

– BC Transit will continue to work with local governments to identify additional projects for funding consideration.

– In partnership with local governments, BC Transit provides access to public transit to more than 1.6 million BC residents in 130 communities outside Metro Vancouver. As a result of the Province’s commitment to transit in BC, communities with as few as 1,000 people have access to transit, making BC Transit a unique service for smaller communities anywhere in Canada.