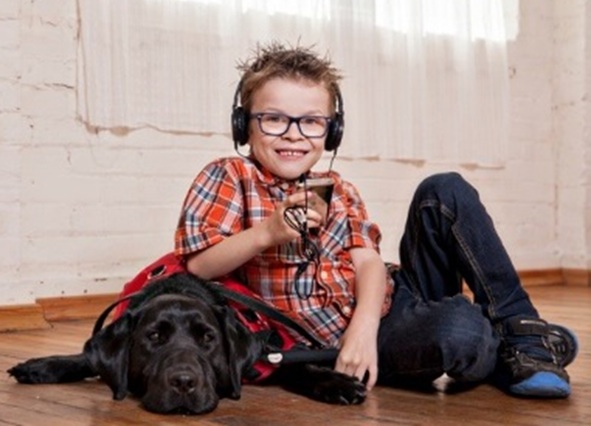 Kitchener, Ontario/Fraser Valley  – Currently in Ontario Guide Dogs for blind/low vision must be accommodated in all public places, including schools, but Service Dogs for other disabilities like PTSD, Autism and Diabetes do not have the same protection.

MPP Michael Harris has announced a Private Member’s Bill after reviewing the new BC Guide Dog and Service Dog Act that came into effect earlier this year. The Ontario Service Dog Act would require anyone with a government issued Certified Service Dog identification card to be granted access to all public facilities, including schools. Under his proposed legislation people found guilty of denying access to a Service Dog or trying to pass off a non-certified animal as a Service Dog would face a fine.

Harris was first made aware of the issue after hearing of several families who are having issues getting the Waterloo Catholic District School Board to allow access to Autism Service Dogs and a veteran who has repeatedly had issues accessing a courthouse with his PTSD Service Dog.

NATO Veteran Jim McLean, who was with a part of this week’s announcement would like to see more awareness and acceptance. “Don’t question why we have the dog and accept the fact they’re there for a reason.”

Amy Fee, the mother of 8 year old Kenner Fee, says despite two psychologists and her son’s pediatrician saying having his Autism Service Dog attend school with him is a medical necessity, the school board’s administration has stated her son doesn’t need a Service Dog.

Kenner and his Service Dog

The Waterloo Catholic District School Board has implemented a new Service Dog policy, which can be found on the board’s website. While the board does allow Service Dogs, the policy reserves the right for administration to review each application on a case-by-case basis.

If Harris’ proposed legislation is passed by the Ontario Government all public places, including schools would be required to grant access to all Certified Service Dogs.

The Ontario school board where Kenner attends a grade 2/3 class has determined he doesn’t need a Service Dog and has refused full-time entry. Proposed legislation that mirrors BC’s new law around Service Dogs, aims to make it mandatory that students with Service Dogs be accommodated in classrooms.

New Website For BC Youth In And From Government Care