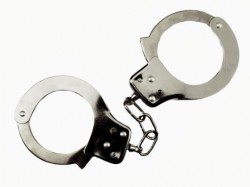 Agassiz –  Two men have been charged in connection with an alleged stabbing that occurred on May 18, 2016 in Agassiz.  Merlin Byron Leon, 28, charged with accessory after the fact in attempt to commit murder, was released from custody pending a court appearance in early June while Israel Jacob Hudson, 18, charged with attempt murder, remains in custody and is scheduled to appear in court in late May.

These charges stem from a report received by police that a man had been stabbed in the 1700 block of Highway 9 in Agassiz.  Upon attendance, police located a 61-year-old man with life threatening injuries.  The man, who is expected to recover from his injuries, remains in hospital.

The suspects were located on Highway 9 near the Rosedale-Agassiz bridge and quickly taken into custody.

Be the first to comment on "Charges In Agassiz Stabbing"