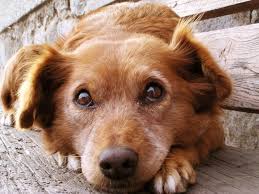 Victoria – The B.C. government has followed through on its commitment to enhance the protection of cats and dogs in British Columbia by passing an Order-in-Council (OIC), Agriculture Minister Norm Letnick announced at the BC SPCA Victoria Community Animal Centre.

The regulation announced today is the latest action in government’s commitment to improve the quality of care, management and the humane treatment of cats and dogs in commercial breeding establishments.

The OIC provides a new regulation under the Prevention of Cruelty to Animals Act that recognizes the Canadian Veterinary Medical Association’s Codes of Practice for both kennel and cattery operations as generally accepted practices of animal management for commercial breeders and boarders of cats and dogs in British Columbia.

The B.C. government is now focused on consulting with kennels and catteries about possible licence or registration requirements to operate as a commercial breeder in the province. Other action may include possible proactive monitoring enforcement of commercial cat and dog breeders.

The consultation with key stakeholders is underway.

“The B.C. government expects all British Columbians to treat their animals with care and respect including dog and pet breeders. The consultation is all about balancing the interests of the cat and dog breeding industry with the expectations of B.C. citizens regarding the health and welfare of companion animals and ensuring adequate animal welfare oversight of commercial breeding establishments.”

“We commend the B.C. government for its responsiveness on the important issue of unregulated dog and cat breeding. This first step of adopting the Canadian Veterinary Medical Association Codes into law lays an important groundwork for establishing a licensing and inspection program that we are pleased to be providing input on now.”

Link to consultation paper for the major stakeholders of the cat and dog breeding industry (will be available on April 25): http://www2.gov.bc.ca/gov/content/industry/agriculture-seafood/animals-and-crops/dog-and-cat-breeding

Be the first to comment on "Province Takes Steps Against Puppy Mills , Shady Dog & Cat Breeders"