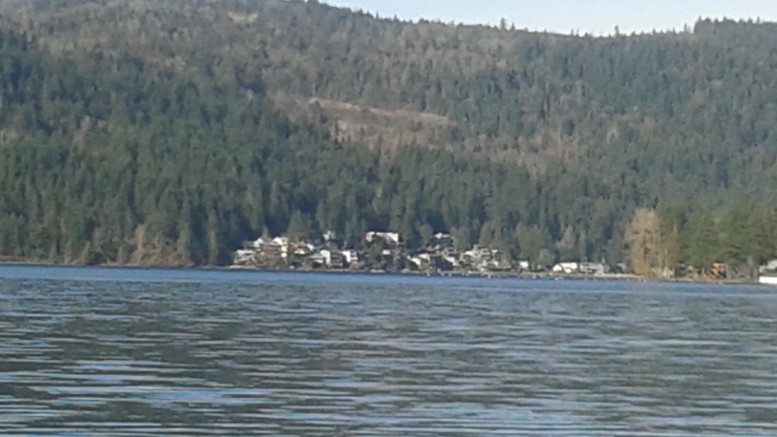 Cultus Lake BC (with files from News1130/StarFM) – An infectious virus which caused billions in damage to Chile’s fishery has reportedly been found in both wild and farmed BC fish.

But before your read further, the BC Salmon Farmers Association has taken issue with this report and with past findings.

“This is going to be very uncomfortable for the salmon farming industry because this is an internationally reportable virus,” says independent biologist Alexandra Morton.

She says the trouble with infectious salmon anemia virus (ISAV) is it never remains dormant. “When it traveled from Norway to Chile, it sat dormant for about eight years. Then suddenly, in 2007, it just took off and infected so many farmed salmon, it caused $2-billion worth of damage.”

The virus genetic sequence was reportedly found in 72 per cent of the cutthroat trout in Cultus Lake, home to Canada’s most endangered Fraser River sockeye salmon population.

Morton tells us the big concern is mutation.

“Remember, influenza viruses mutate easily. [We’re worried] that we’re going to get a mutation that is going to damage our wild salmon stocks.”

She says the risk of an outbreak has the potential for severe consequences. “It is foolhardy to ignore viruses in the influenza family when you’ve got them in a feedlot animal.”

Morton points out the industry doesn’t allow anyone to test, and hopes that changes.

“When you find a European strain of virus and you had 30 million atlantic salmon eggs come into this country for the salmon farming industry, that’s the first place you’re going to look for this virus.”

“If they don’t have this virus in their farmed salmon, as they say, well then, let us go test. And then we’ll clear it up, one way or the other,” she adds.

The BC Salmon Farmers Association has issued a statement, saying no results in BC have been confirmed by an outside laboratory.

“For over four years Ms. Morton has been reporting positive PCR tests for ISAV from BC samples, none of these results have been confirmed by the CFIA using OIEA standards. We have great concerns about the methodology, and the ethics of the researchers involved given their history of reporting false positives with respect to ISA,” says the statement from Executive Director Jeremy Dunn.

“ISA has never been detected in fish on the West Coast of North America. This has been confirmed through thousands of tests by CFIA, as well as thousands of tests by authorities in Washington State, Oregon, and Alaska. Farm-raised salmon in B.C. are healthy and have never shown signs of sickness from ISA.

“This report claims to find an ISA sequence, but the researchers admit they were unable to verify it using necessary, globally standard follow-up tests. Their study also confirms they found no evidence of the ISA disease in B.C. Fish.”