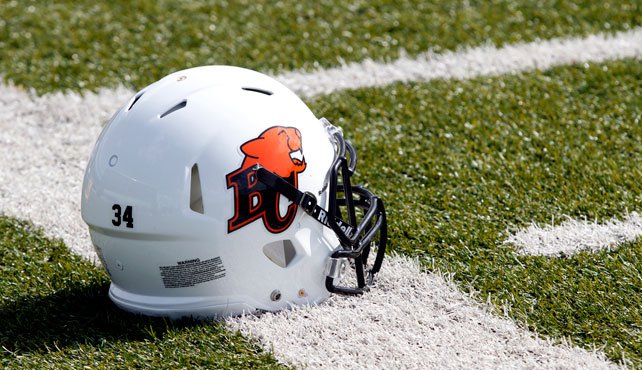 Vancouver (BC Lions/CBC/CP) – The BC Lions Football Club announced that international defensive back Ryan Phillips has agreed to terms on a contract extension through the 2017 season. Phillips was slated to enter the final year of a previous contract extension in 2016. 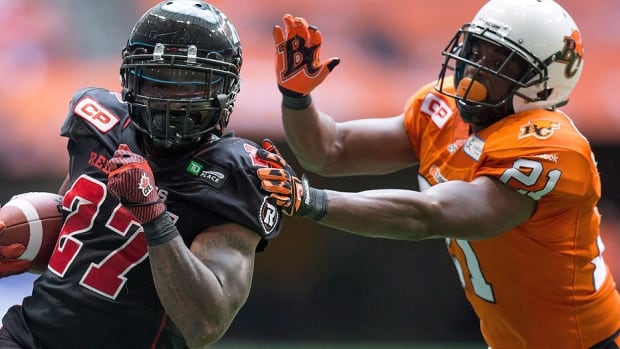 Defensive back Ryan Phillips, right, has signed a contract extension with the Lions through 2017. The 11-year CFL veteran appeared in 14 games last season and his six interceptions left him tied for the league lead. Phillips is second overall in interceptions (46) and total tackles (478) in team history. (Darryl Dyck/Canadian Press/File)

“Ryan continues to perform at a very high level and this is an important signing for the club,” said GM and head coach Wally Buono. “He’s an integral part of our team both as a defensive back and a leader away from the field. He still possesses the ability to change a game with one play and his experience is something we value tremendously when it comes to the development of our younger players.”

The 11-year veteran out of Eastern Washington started last season riding a 180 games-played streak before a hamstring injury forced him to the sidelines for three weeks. Ultimately appearing in 14 regular season tilts, Phillips notched six interceptions which tied him for the league lead in the category, including a 49-yard pick-six versus Toronto on July 24th to go along with 29 tackles and a pair of pass knockdowns. The lofty numbers also earned Ryan his fifth career West Division All-Star selection.

“Without question, I’m a Lion to very end of my days as a pro,” said Phillips from his home in Seattle. “I am honoured and grateful to play for this organization, for our fans and alongside some of the very best players in the CFL. We have a tremendous opportunity to build a championship team and I’m excited to be a part of it moving forward.”

The Lions also announced that international defensive back Steven Clarke has been released to allow him to explore an NFL opportunity. Clarke was slated to become a free agent in February.

BC Lions Mugged At The Hamilton Donut Shop

BC Lions Solomon Elimimian Is Ready, But Don’t Say He Was In Rehab