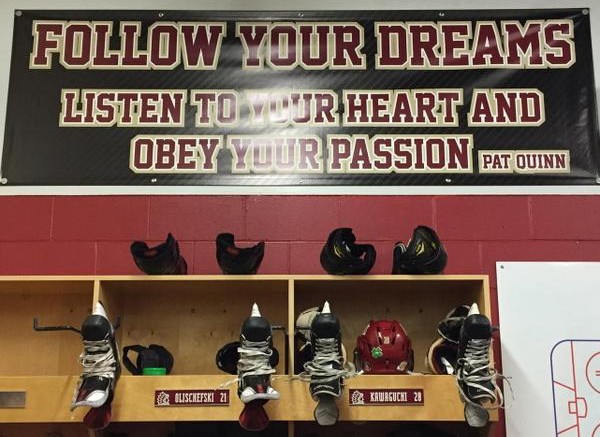 Chilliwack, BC – The Chilliwack Chiefs rode a four goal first period to a 6-3 win over the Coquitlam Express Saturday night at Prospera Centre.

The Chiefs peppered the Express net with 54 shots and got goals from five different players, improving to 18-6-1-2.

Captain Kawaguchi got the Chiefs on the board first in this one, scoring at 9:02 of period one.

Defenceman Dennis Cholowski started the play, holding the puck in at the Coquitlam blueline and chipping it deep to Darien Craighead. Coming out from behind the net, Craighead found Jordan K. skating in the slot.

Kawaguchi beat Coquitlam goalie Tyger Howat for his 15th of the year, moving to within two of linemate Vimal Sukumaran for the team lead.

Chilliwack D-man Austin Adam doubled the lead at 16:57 on a point shot that hit a stick on the way, changing direction just enough to fool Howat.

Kale Kane scored the third Chiefs goal at 18:20. Sukumaran flew down the right wing and put a centering pass on net. Jesse Lansdell had the first whack, and as the puck sat on the goal-line, Kane pushed it across for his sixth.

Sukumaran put a little room between himself and Kawaguchi at 19:24. Camped in the goal-mouth, he collected the rebound from a point shot, wheeled and stuffed the puck past Howat for his 18th.

Shots on goal through 20 minutes favoured the home team 19-8.

The Express finally got on the scoreboard 12:43 into period two, with Alex Ambrosio wading into a goal-mouth scramble and slipping a backhand shot past Chilliwack netminder Aidan Pelino.

Jackson Cressey got his team to within two with a power play goal at 18:43.

Shots on goal through 40 minutes favoured Chilliwack 38-16 and the scoreboard favoured them 4-2.

Chilliwack’s Jesse Lansdell potted his ninth of the season late in period three, with a helping hand from Kane. Kane started the play sidestepping a Coquitlam defender in the neutral zone. Darting down the right wing, he put a shot on net that Howat couldn’t handle. The keeper left a rebound on the doorstep for Lansdell who popped it in.

But Lansdell and the Chiefs had the last laugh as he scored into the empty net with 45.8 seconds left to wrap up the scoring.

Game Notes: To celebrate the end of Movember, Sukumaran and Chiefs D-man Mark Esposito had their moustaches shaved off during the first intermission.

Be the first to comment on "Chilliwack Ends Movember Doubling Coquitlam"