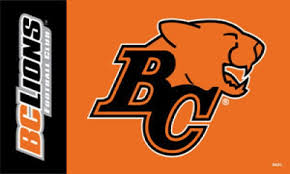 Vancouver (CP/Yahoo Sports) – The game didn’t mean anything in the standings, but plenty of personal achievements were on line in the regular-season finale between Calgary and B.C.

Running backs Andrew Harris and Jerome Messam both surpassed a 1,000 rushing yards while Lions quarterback Travis Lulay made his return from injury in a 28-7 Stampeders victory Saturday in Vancouver.

The game amounted to a dress rehearsal between the two teams, who square off on Sunday Nov. 15 in Calgary for the CFL West semifinal.

Harris, who needed only three yards to reach the milestone, accomplished the goal on the Lions’ first snap of the game. He finished the game with 42 yards and 1,039 on the season.

“It’s a big deal,” he said. “For any running back that’s a milestone you want to hit.”

Stamps back Messam clearly didn’t want to be outdone. He needed 53 yards and it was clear late in the game that his team was determined to get him there. He eventually rushed for 59 yards before exiting the game.

“Feels good to get it,” said Messam. “I had belief that we would do what we had to do to get the 1,000 and the offensive line did a great job blocking.”

For Lulay it was his first game-action since going down with a knee injury in Montreal over two months ago in Week 11. He’s since lost his starting position to Jonathon Jennings and is a free agent this off-season. There’s speculation this could have been Lulay’s last appearance in Vancouver as a Lion.

“You’re never all the way over the hump until you get back on the field and do it,” said Lulay, who finished 14 for 20 with 181 passing yards. “I felt pretty good about being able to step into some throws, and make some throws down the field.

“I hit all the check marks that I hoped to accomplish. Took a few hits, and held up fine. My confidence level, in terms of my physical health, is as good as it’s been in a long time.”

One of Tates’ TDs was to Anthony Parker, who ran in a 70-yard catch to put the Stamps up 13-7 in the third. Parker says he expects to see a more formidable Lions team when they meet again next week.

“(The win) gives you a little bit of momentum and confidence and if anything maybe it instills a little bit of doubt in them,” said Parker. “It’s great to get the win, but we’re going to see a different team next week. It will be important for us to get our preparation right and go out there and perform.”

After the Lions got on the board with a single in the first, Tate found Durant in the end zone to make it 7-1 Stamps early in the second.

On the next series Lulay hit wide receiver Geraldo Boldewign with a 51-yard pass and Anthony Fera then made a 44-yard field goal for his first successful FG in the CFL. Fera was 2 of 4 in the game, including a 49-yarder to tie the game 7-7 in third.

After third-string QB Bryant Moniz punched it in from the one, Durant hauled in his second TD pass of the game on a strike form Moniz with 3:35 left to play.

Calgary (14-4) remains second in the West while the Lions (7-11) enter the playoffs third in the West Division.

BC Lions Claw To Another Win Over Riders