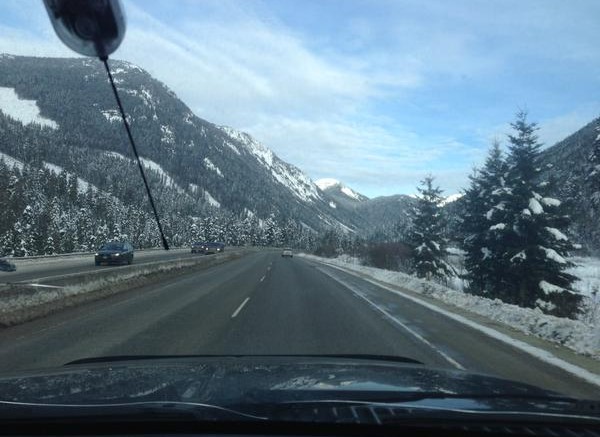 Fraser Valley (With files from News1130) – Ahh ’tis the time of year. That pain for drivers but it’s gotta be done.
Winterizing the car.

Bob Gilowski with VSA Highway Maintenance sounds like the old broken record but he is putting out the warning, as is the Ministry of Transporation and Highways — the law requiring winter tires goes back into effect Thursday October 1.

The rules are fairly clear : “Passenger vehicles from October 1st through to March 31st of the following year [need winter tires]. These locations are clearly marked at the entrances of the mountain passes,” he explains.

And its expensive if you want to force the issue . You could end up with a fine of up to $370 if you are caught without them.

Worse yet, you spin out in the snow and on the ice and slush, especially in the interior or worse yet, the Coquihalla. Do you really want to be towed out, and perhaps end up on the reality show Highway Through Hell?

While you’re doing the car, check the oil, filters and brakes. Make sure you have a winter survival pack in your car including a blanket and candle. Windshied wipers should be in good order and of course, load up on wash fluids.

It Will Feel Like Winter For A Few Days

Valley Companies Honoured At Contractor of the Year Awards (VIDEO)

Potential Of 3-5 Cms Of Snow For Fraser Valley (VIDEO)

Be the first to comment on "Winter Tires Go On October 1 – Is Your Car Winterized?"