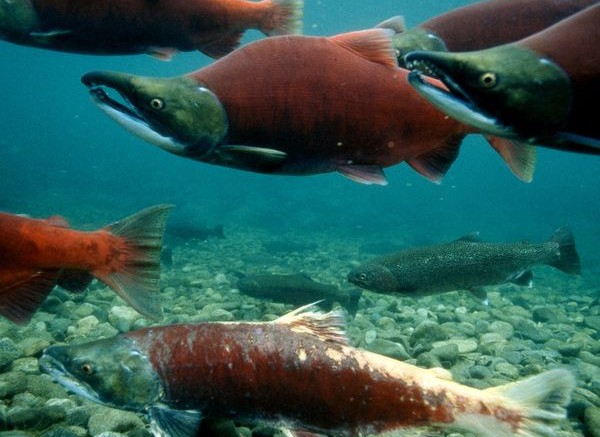 Fraser Valley (Black Press) – While Fishery managers have approved commercial fishing by seine boats for pink salmon, there is a major problem — the run is less than half what was anticipated.

The Fraser River pink fishery got the green light on Tuesday as the Pacific Salmon Commission pegged the run size at 6.2 million salmon, down from a forecast of 14.5 million.

Conservationists had previously urged caution in fishing for pinks to avoid a bycatch of late-running sockeye entering the river at the same time.

There was no commercial fishing for sockeye this summer after the run came back far below the expected 6.8 million.

Officials at the salmon commission pared their estimates of the sockeye run size again Tuesday, cutting it from 2.4 to 2.1 million. Late summer run sockeye have been particularly poor, with the return about one-sixth the number forecast.

There’s no definitive explanation of why the actual returns have fallen short of predictions, but warm ocean temperatures over the past two years are thought to be one significant factor.

“Now the bottom’s falling out of the pink run,” said Sto:lo fisheries adviser Ernie Crey. “So it’s a double whammy.”

This summer’s drought and low stream levels have also raised concerns for the survival rate of returning salmon as they migrate upriver.

The river temperature is now slightly cooler than normal – an improvement from earlier in the summer when the water was dangerously hot for salmon – but the volume of the Fraser near Hope is 17 per cent below normal.