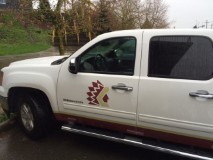 Hope, BC – The Chilliwack Chiefs were in Hope Tuesday night for a “home”game exhibition tilt with the Coquitlam Express. The boys won a squeaker, 4-3. Now granted this is the silly season, but winning in the dying minutes does show Head Coach Jason Tatarnic, that his young club has the potential to claw a win from the jaws of defeat.

NHL Entry Draft – A Chilliwack Chief Is In The Mix