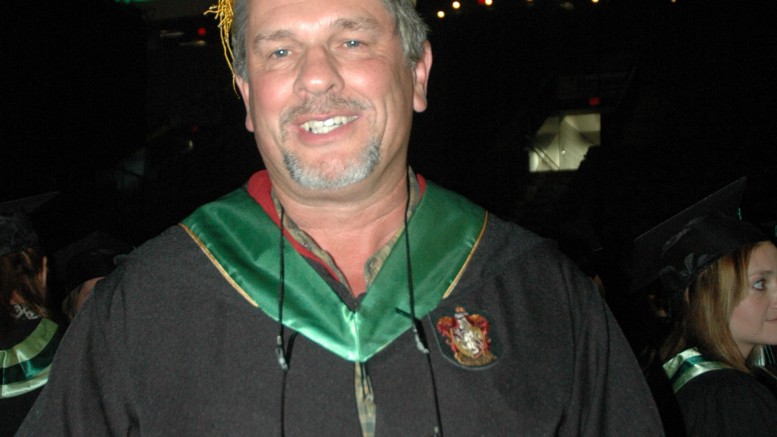 Fraser Valley – Tom Baumann of Expert Agriculture Team Ltd., also a Professor at UFV. Baumann is a regular contributor to FVN on Agriculture. FVN is looking forward to your comments on one of the major industries in the region

In the late 1970s for the first time I read in a book about the exiting prospect of vertical growing of crops in greenhouses or lighted warehouses. The book was published in Germany in the German language in 1972 and entitled “Modern Agriculture” (translated). It proposed vertical growing, multi-layered production, instead of flat, open ground growing for maximization of the available growing space. Today it is 2015 and we are planning the exact same thing still. Just as we have come up with multi-layered living spaces for livestock and humans, multi-layered production, mainly utilizing greenhouse space is a concept that appeals to a global community facing a dearth of agriculture land and water. With that, a goal has been set for agricultural producers to respond to: feed 9 billion people world-wide by 2050. THAT and the fact that clean, potable water is running out in most regions of the planet, has inspired some entrepreneurs to come up with innovative solutions. Or maybe go back in history and put into action the 1972 idea…?

I have always been skeptical of any multi-layered growing, especially since most plants require a decent amount of light for growth and that is diminished by any construct that offers light from the top. Top plants or leaves shade bottom plants or leaves. So I rejected any such instrumentation, except when artificial light was used. That of course costs quite a bit of money for the actual light and light fixture, wires and other infrastructure and make the infrastructure requirements more demanding, all resulting in extra cash layout. Then one needs electricity to run it too… With the advent of light diffusion greenhouse covering materials, such as can be found in the UFV greenhouses, the entire thinking changed. Could we now grow multi-layered when light gets diffused to enter the plant canopy from all directions instead of from just the top?

So far every literature piece says yes and in addition, trials at the UFV greenhouses has shown that lower leaves on tomatoes, cucumbers and peppers keep adding to the photosynthetic activity, i.e. they all do the heavy lifting in the plant with natural light instead of just the upper leaves. Not only that, but it seems that stems are getting more sturdy and internode length gets shortened. This allows for more flower space per each cm of vertical growth, i.e. higher yield potential. Thirdly, the point loading on the top of the plant does no longer occur, making heat and excessive light problems less of a problem. This means my own nursery greenhouse, which in the summer is in greenhouse vegetables all of a sudden produced tomatoes even in the heat of the summer, when I normally expect the blooms to fall off without successful fruit set.

What does that all mean in practical terms? We can now begin looking for five or even ten tiered growing in a greenhouse covered with such material that diffuses the natural light, such as polyethylene, polycarbonate and even glass. That would mean to get up to ten times the crop (that is a discussion in itself as to what crop…), and there is a distinct possibility to add right below it yet another layer to grow more food yet, fish!

Now we are looking at an environment that is stable, self contained and produce meat as well as fruit and vegetables. Each benefits from the other, and we may harvest both. This is called Aquaponics, something that has been worked with for many decades and now that we are running short of food, an excellent opportunity to feed the globe in a sustainable way on very little land. That land doesn’t have to be agriculture land, but can be anywhere such an operation is legal to operate.

This idea is being promoted by many entities; both governments looking at food security and private businesses are looking at this concept very closely these days. Canada can be instrumental in creating a closed environment that is self sustaining even under very poor conditions, such as extreme climates and in countries where resources are scarce.

Currently I am working with BW Global Structures on such a concept for many crops and many applications. At the same time, other concepts have been brought forward to me, such as Eco-Tech’s Biodome and many others. In order to come up with concepts that will work world-wide, we have assembled an excellent team of scientists, engineers and growers to put the future in motion today.

CIS Becomes U Sports – No Major Changes At UFV