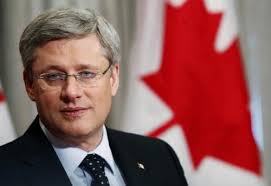 Sources tell The Huffington Post Canada that the Conservative Party is planning a rally in Montreal Sunday — a natural stopover for Harper after taking a stroll to the Governor General’s residence in Ottawa and asking for Parliament to be dissolved.

The Conservative government wanted to conclude Trans-Pacific Partnership (TPP) talks in Hawaii before heading off on the campaign trail. It is still possible the election call will be postponed if a TPP deal isn’t reached by Friday, a source said.

An early election call would help the Tories blunt third-party attacks — such as the current Public Service Alliance of Canada campaign — and force their political opponents to spend money they do not have fighting a longer campaign.

A 78-day campaign would mean spending by third-party groups, which can now spend unlimited amounts, would be capped at $433,849 nationally, and no more than roughly $8,677 allowed to be spent in any one riding.

The Conservatives’ Fair Election Act increased spending limits by $685,000 for each day past a 37-day period.

It also increased the amount of money candidates can spend on their local races. A candidate in the Toronto riding of Eglinton–Lawrence, for example, would be able to spend $206,858 during a 78-day campaign rather than the previous cap of $98,125 for a 37-day campaign.

A longer campaign with a larger spending cap gives an advantage to the Conservatives who have continuously led fundraising efforts. Elections Canada data show that the party has raised slightly more than $69 million since 2012, while the Liberals have raised $41.8 million and the NDP almost $28.2 million.

The federal election will be held on October 19.

Op/Ed – Surrey Board Of Trade – “Pipeline Politics Needs To Stop”