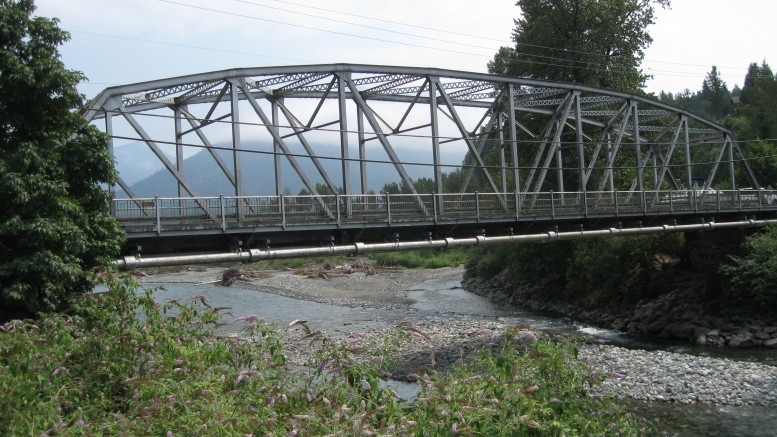 Chilliwack, BC (With files from Star FM) – Just as the hoopla started to morph into reality that the old mechano set known as the Vedder Bridge would be replaced, came a shock (How old? It was built in 1947).

WorkSafe BC  blindsided the City of Chilliwack with a stop work order for their flaggers.

FVN has learned that there were a few “close calls” from irresponsible drivers who nearly took out a few flaggers. Plus continued concern over shade for the flaggers as well as water and sanitation for the workers.

A temporary light system was set up and social media has been lit up over complaints that traffic is in worse shape now, with those “temp” lights. Making the Southbound Left turn on Chilliwack Lake Road off Vedder was the biggest thorn in drivers’ sides.

“They have now installed a loop in the ground so that when your car approaches, the traffic signal will know to change. And they’ve put in a left turn flashing green light southbound.”

Long term, Gaetz says a lot of the problems will be fixed once the new bridge and roundabout open.

“While two years may seem like a long time for some people, that news comes at a great time for the City of Chilliwack. So by the fall of 2018 we’ll have a bridge in there with a full roundabout and it shouldn’t be a problem for people on that road.”