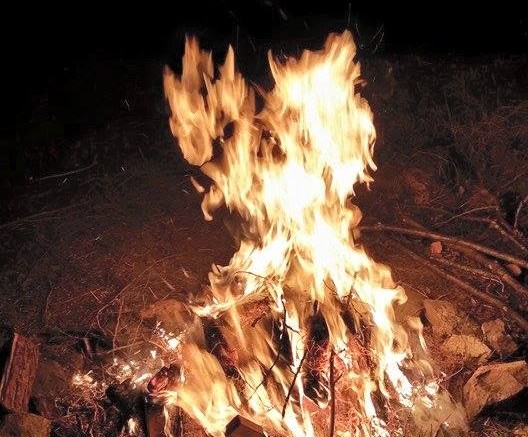 Parksville/Abbotsford/Chilliwack – To no one’s surprise, Effective at noon on Wednesday, July 8, 2015, the existing campfire ban in the Coastal Fire Centre will be expanded to cover all areas within the fire centre’s jurisdiction, including the “Fog Zone”, to help prevent human-caused wildfires and protect public safety.

The Coastal Fire Centre is prohibiting all campfires due to continued hot and dry conditions and the dryness of forest fuels. The public’s assistance is requested to help reduce the number of human-caused fires and enable crews to respond to naturally occurring wildfires.

This prohibition does not apply to CSA-rated or ULC-rated cooking stoves that use gas, propane or briquettes, or to a portable campfire apparatus that uses briquettes, liquid fuel or gaseous fuel, so long as the height of the flame is less than 15 centimetres. The Coastal Fire Centre previously allowed the use of briquettes in established campfire rings in campgrounds, but as of noon on Wednesday July 8, 2015, briquettes may only be used in ULC-approved or CSA-approved devices, due to the extreme fire danger.

A map of the affected areas is available online at: http://bit.ly/1LV5fue

This prohibition covers all BC Parks, provincial Crown lands and private lands, but does not apply within the boundaries of a local government that has forest fire prevention bylaws and is serviced by a fire department. Please check with local government authorities for any other restrictions before lighting any fire.

Yes You Can Have A Campfire … In The Rain