Cranbrook/Abbotsford/Chilliwack (with files from Star FM/Wikipedia) – This is the type of story that will send bristles of anger through the fans of the old WHL Chilliwack Bruins, but in this day of stark economic reality, you can not blame the City of Abbotsford for trying.

Recent reports of flagging attendance in Cranbrook have led to speculation that the Kootenay Ice WHL team could be on the move, leading naturally to thought of the team landing in Abbotsford.

WHL commissioner Ron Robison says anytime a franchise is struggling the priority is to try to keep the team in place.

“We look at it as far as the existing ownership exhausting all efforts to continue to operate in that market and if it’s not possible and we’re convinced that market is not a viable market long term then we’ll have no alternative but to consider relocation at that stage.”

Abbotsford Mayor Henry Braun says he’s always open to talks about teams and leagues but says he has had nothing recent with the WHL.

Braun says most of the talks he’s had has been with local business people looking to bring a team to town.

“Our job is more to facilitate and discuss with potential entrepreneurs. We are approached probably monthly by entrepreneurs interested in a sports business and owning a team in the Fraser Valley. But they rarely get to the point of being serious candidates and that’s where things fall apart.”

Braun says the WHL and other leagues are well aware that Abbotsford has an arena and are looking for a revenue positive anchor tenant.

The previous tenant was the AHL Abbotsford Heat.

On May 5, 2014, the AHL’s Board of Governors approved the relocation of the franchise to Glens Falls, New York where the Adirondack Flames replaced the Adirondack Phantoms who moved to Allentown, Pennsylvania. 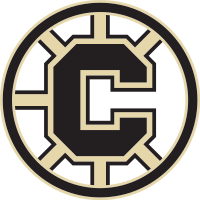 The Chilliwack Bruins were at Prospera Centre for a brief time as an expansion franchise. The 2006–07 season marked the Bruins inaugural season in the WHL. The team played at Prospera Centre, which was expanded to 5,386 seats for the arrival of the Bruins. The team was sold after the 2010-2011 season and relocated to  Victoria to become the Royals.

Former Chilliwack Mayor Clint Hames, who was Mayor when the Bruins negotiated the deal for Prospera went to Twitter and tweeted to FVN Fraser Valley News “Quite a joke to hear Ron Robison say their 1st priority is keeping teams in place. Not my experience.”

Working On A New Name For The Abbotsford Centre