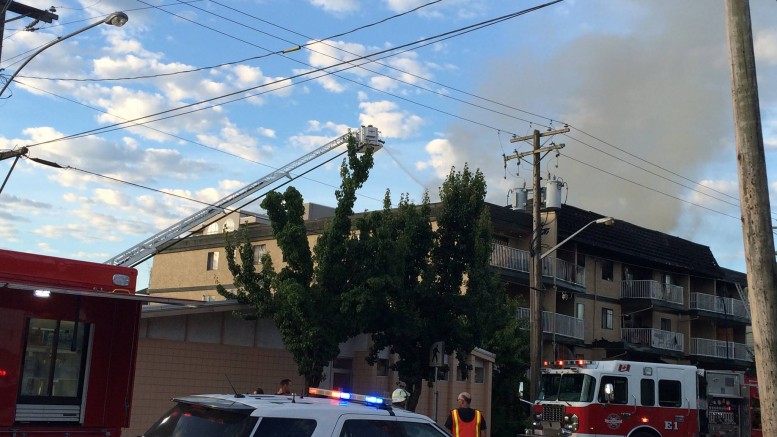 Chilliwack BC– (NOTE : Of the 46 residents, 43 are now at the Comfort Inn and being helped by various services. Comfort Inn on Luckakuck are taking donations through SPARKS).

On June 15, 2015 (4:00 a.m.) police responded to a report of a structure fire in the 9200 block of Mary Street. General Duty officers arrived and immediately entered a burning apartment building evacuating residents of the first floor to safety, followed moments later by Chilliwack Fire Department, who completed the evacuation of the second and third floors.

Chilliwack Victim Services, Emergency Preparedness coordinators, and BC Ambulance were engaged to support the residents of the apartment complex.

“There was concern raised when one of the resident’s from the complex could not be found at the time of the fire. We are relieved to say that everyone from the building is now accounted for and thankful no one was injured” said Cpl. Mike Rail.

Investigators from Chilliwack Serious Crime Section, RCMP Forensic Identification Section and Chilliwack Fire Department continue to look into the cause of the fire.

“The origin is suspicious in nature and police believe the fire was targeted” said Cpl. Mike Rail.